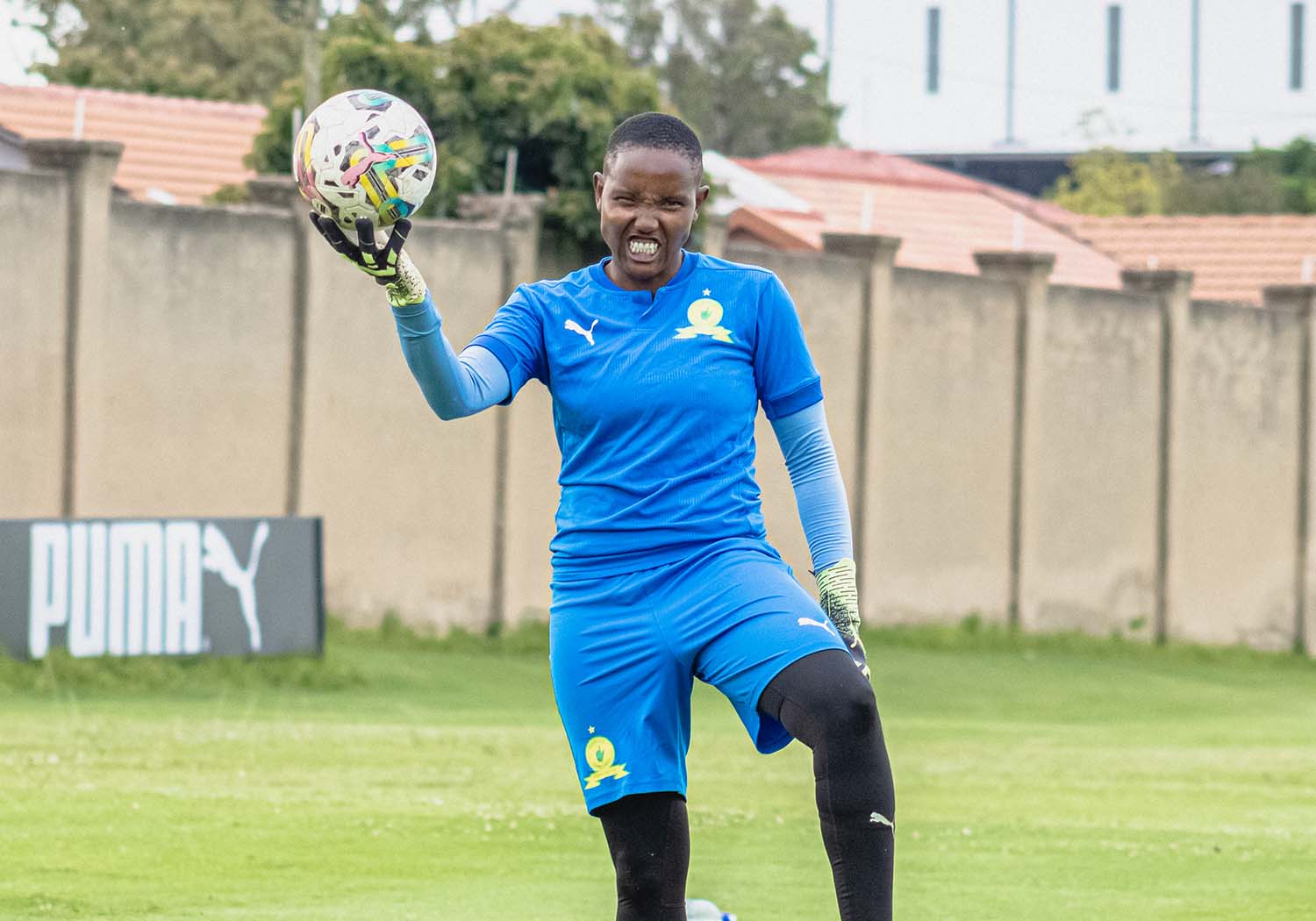 After establishing the joint-best defensive record in the previous season of the Hollywoodbets Super League, the goalkeeping department of Sundowns Ladies will continue to practise in preparation for the forthcoming season.

As Chloorkop advanced to the finals of both the COSAFA Qualifiers and the CAF Women’s Champions League, both goalkeepers had several chances between the posts.

Sedilame, who returned to duty during the third match week of the previous season after a lengthy injury layoff, concluded the season as one of the most reliable goalkeepers in the league. The Botswana goalkeeper was eventually nominated for Goalkeeper of the Year at the end-of-season Hollywoodbets Super League Awards, which was ultimately won by Katlego Moletsane of Bloemfontein Celtic.

As Banyana Ba Style tries to recapture continental glory, Bosija has voiced her intention to once again provide her finest performance ahead of the next campaign.

“I am very happy to be back in training because it gives us another opportunity to pursue our dream which is to dominate every competition we participate in. We share a collective hunger in the dressing room to reclaim our place as continental queens. The training sessions have been designed to improve our conditions and fitness as we embark on our mission toward continental domination. My target for the upcoming season is to concede fewer goals than last season whilst clinching top honours across the three competitions we will participate in,” declared Sedilame.

Meanwhile, Rabalao who is also thrilled to be back in training camp is aiming for an injury-free season.

“Our return to training has been smooth because the technical team ensured that we were in top shape by providing us with personalized training plans during the break. On a personal level, I am devoted to the team’s desire to fight for the titles we lost last year. My aim is also to keep fit and be ready to deliver my best whenever I am called upon,” Asa stated.

“Our expectations for 2023 is to retain the league title and dominate the CAF competitions. At Mamelodi Sundowns, the expectations are high and we go into each season with great determination to excel across all fronts. The upcoming season will not be an exception and we are hoping to perform to the best of our abilities,” said Andile.

While Sundowns Ladies have been lauded for their recent goal-scoring prowess, their Hollywoodbets Super League defensive statistics make for intriguing reading. In the previous two seasons, the Brazilians have allowed just 27 goals in 56 games and have maintained an incredible 35 clean sheets!