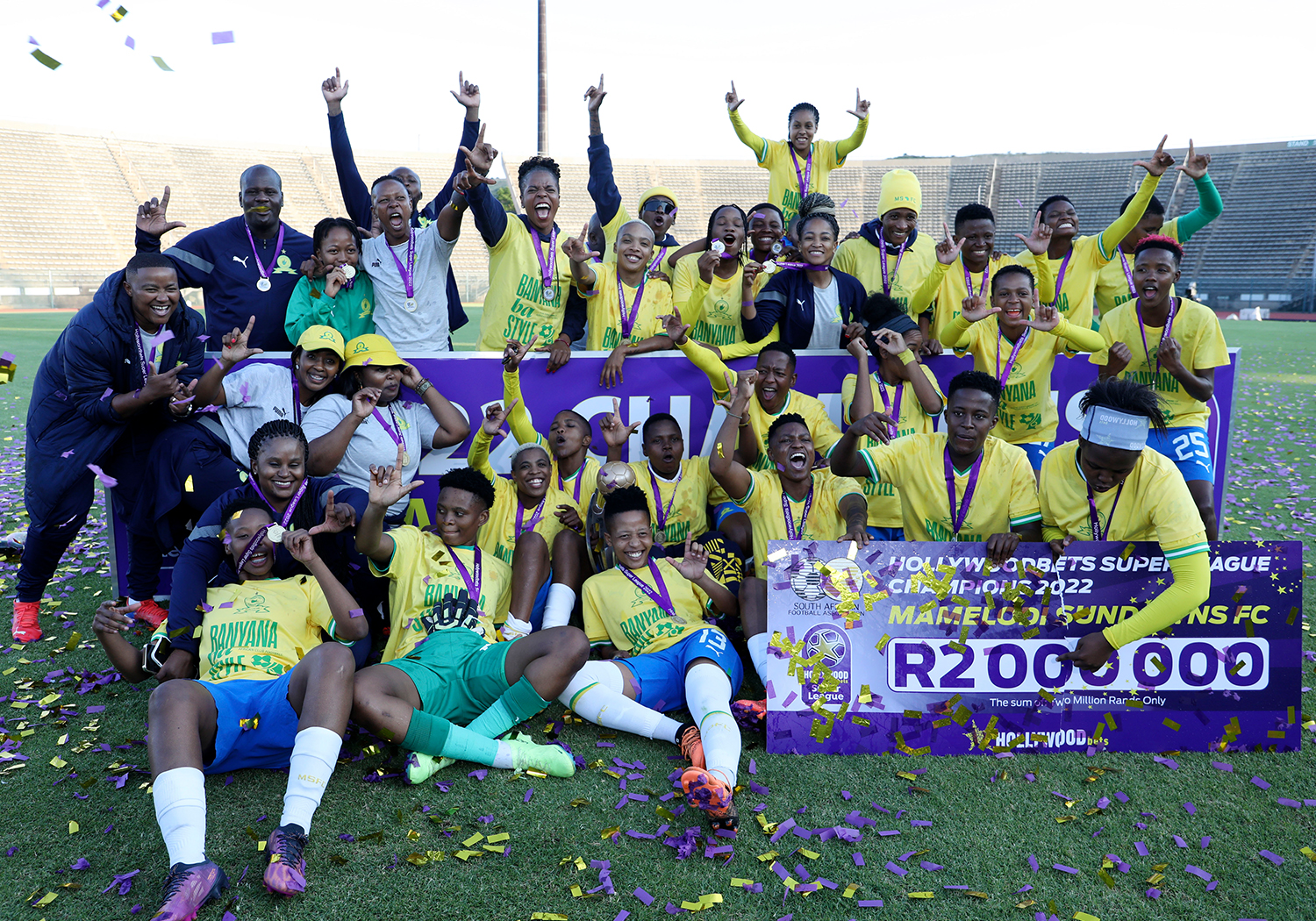 Mamelodi Sundowns Ladies have topped the list of nominations for the end-of-season awards after claiming the Hollywoodbets Super League title for the third consecutive year.

The Brazilians concluded the Hollywoodbets Super League season with a record of 27 victories out of 30 games, 126 goals scored, and 13 goals allowed, which was tied for the best record. Banyana Ba Style also ended with a staggering +113 goal differential.

Sedilame Boseja has been nominated in the Goalkeeper of the Year category due to her consistent presence in front of the net. The Botswana senior women’s goalkeeper is competing against Regirl Ngobeni of UWC and Katlego Moletsane of Bloemfontein Celtic.

Banyana Ba Style has two nominees for the Player of the Year title, including defender Bambanani Mbane and forward Boitumelo Rabale, who are competing against TUT’s Busisiwe Ndimeni.

In the Coach of the Year category, Coach Jerry ‘Kappa’ Tshabalala is competing against Thinasonke Mbuli of UWC and Lucky Sibiya of TUT.

Sundowns Ladies dominated the maiden edition of the Hollywoodbets Super League Awards last season. Coach Jerry was awarded Coach of the Season, Bambanani was named Player of the Season, and Andisiwe Mgcoyi shared the prize for leading scorer. Additionally, Mamelodi Sundowns Ladies was voted Team of the Year.

On Saturday, 3 December 2022, the event will take place at the Sandton Convention Centre in Johannesburg.

We wish Coach Jerry and his team success at the awards ceremony!!