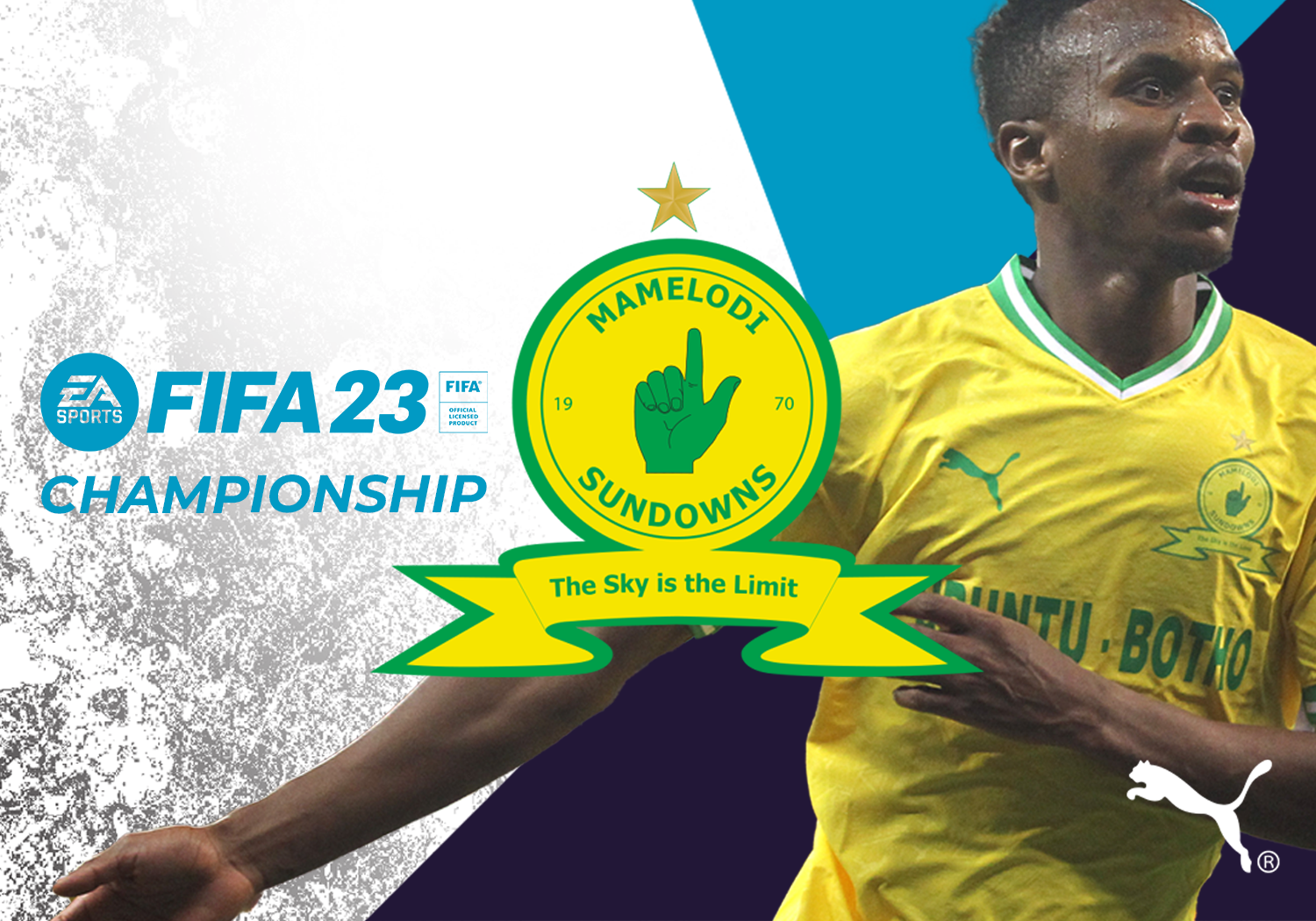 Mamelodi Sundowns and Mettlestate are pleased to announce an R200,000 FIFA 23 tournament, the finals of which will be hosted at rAge 2022!

There will be four live qualifiers held in malls throughout South Africa, in addition to an online qualification for individuals who cannot attend the live events. The top player from each live qualifier and the top four online qualifiers will compete in the final eight. The finalists will be flown to the top eight tournament, which will be place from 9-11 December 2022 at the rAge Expo at the Gallagher Convention Centre.

Mamelodi Sundowns Football Club has a long and illustrious history in the world of competitive soccer. In addition to being the most successful football club in the South African Premier Soccer League, it has been reported that South Africa’s reigning domestic league champions would be featured in the current installment of the EA SPORTS FIFA series, FIFA23.

The Chairman of Mamelodi Sundowns, Tlhopie Motsepe, expects that the start of the competition would thrill the esports competitors: “Many of our football club’s members are fans of the FIFA series and are aware of the love South African gamers have for the video game. When Mamelodi Sundowns was announced as the most recent African team to be included in FIFA 23, we knew we had to give our followers and fans of the game an opportunity to rejoice with us.

“We hope this will generate local interest in football while providing gamers and fans of the FIFA series the opportunity to compete in a tournament designed just for them. This is our first venture in the esports sector, and we cannot wait to see where it takes us. Tlhopie Motsepe continued, “I’d like to thank our workers, our partners, and our board for making this happen.”

With the 2022 FIFA World Cup beginning in a few days, the timing is right for introducing this tournament.

Barry Louzada, managing director of Mettlestate, is amazed by the football team’s commitment to esports. Traditional sports and esports overlap in more ways than the majority of individuals realize. FIFA23 is the ideal illustration of this. We are thrilled to have Mamelodi Sundowns participating in this prestigious international competition. However, the club goes above and above by actively supporting and promoting esports. This type of competition is exactly what the South African FIFA landscape needs: commitment and opportunity.”

Mamelodi Sundowns is a club with a reputation for being ambitious, motivating, and dynamic that strives to become the most successful African football side in the world. The inclusion of the squad in FIFA23 expands the team’s global appeal and introduces them to an entirely new fan base.

The team has never lost sight of their familial roots, focused on entertaining their fans and presenting them with fresh ways to celebrate being a Sundowns supporter.

The live finals will be held at the Mamelodi Sundowns booth during the rAge Expo 2022 from December 9 to 11.

rAge Expo is one of the year’s largest gaming conventions. Due to COVID restrictions and lockout, it will finally go live for the first time in almost two years. This is a tremendous opportunity for Mamelodi Sundowns and FIFA fans alike!

Fourth Qualifying Round: Mall of Africa, Johannesburg, December 3
At rAge, the best player reaches the finals.

Check to see which qualifiers are closest to you, or register online to play! Don’t miss your chance to win big; make sure to take your shot!