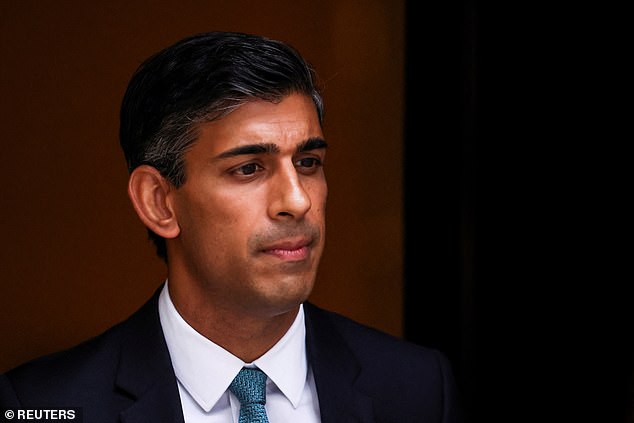 Ministers acknowledged today that Rishi Sunak might make a U-turn by attending the COP27 climate meeting.

The Prime Minister is changing his mind after receiving criticism for claiming that he would be too busy putting together the key Budget package in the coming weeks.

The fact that his predecessor Boris Johnson is debating attending the conference in Egypt is making No. 10 nervous that Mr. Sunak may be outfoxed.

Mark Spencer, the environment minister, said this morning that he would like to see Mr. Sunak attend the event “if he has time.”

The Prime Minister, in my opinion, has a massive inbox. He has just arrived at work, and his email is overflowing. He told Sky News, “It’s clear he wants to focus on the financial statement, and that’s what he’s doing.

Cop is crucial, you know, if he can manage to go through all of that. We’ll send out top ministers because it’s crucial to the Government and to our future, but it hasn’t yet been determined who will travel.

When asked whether Mr. Sunak should attend the summit, he said, “If he has time.” If he has the time, only he will be aware of what is in his email and diary, but I have no doubt that he will make the best decision.

Allies of Rishi Sunak told the Financial Times that while domestic matters were his first priority, he may potentially attend the summit in Egypt.

Whether he departs “depends on success” in resolving the economic crisis and crafting the Autumn Statement on November 17, according to a source.

News of a potential change of heart followed yesterday’s statement by Britain’s COP26 president that Mr. Sunak may jeopardize Britain’s position as a global leader on environmental concerns if he skipped the summit, which will take place from November 6 to 18.

Alok Sharma expressed his “disappointment” that Mr. Sunak did not plan to attend.

The PM had said that he wanted to concentrate on the “depressing home difficulties” facing Britain.

On the other hand, it sparked worries that the UK wouldn’t be adequately represented at the summit. Liz Truss, an ex-PM, had planned to attend.

Along with Mr. Sharma, James Cleverly, Grant Shapps, and Therese Coffey, secretaries of the environment, will attend.

The King, who was urged not to attend COP27 despite requests from the US and others, will hold a reception for international business executives at Buckingham Palace before the conference, it was revealed yesterday.