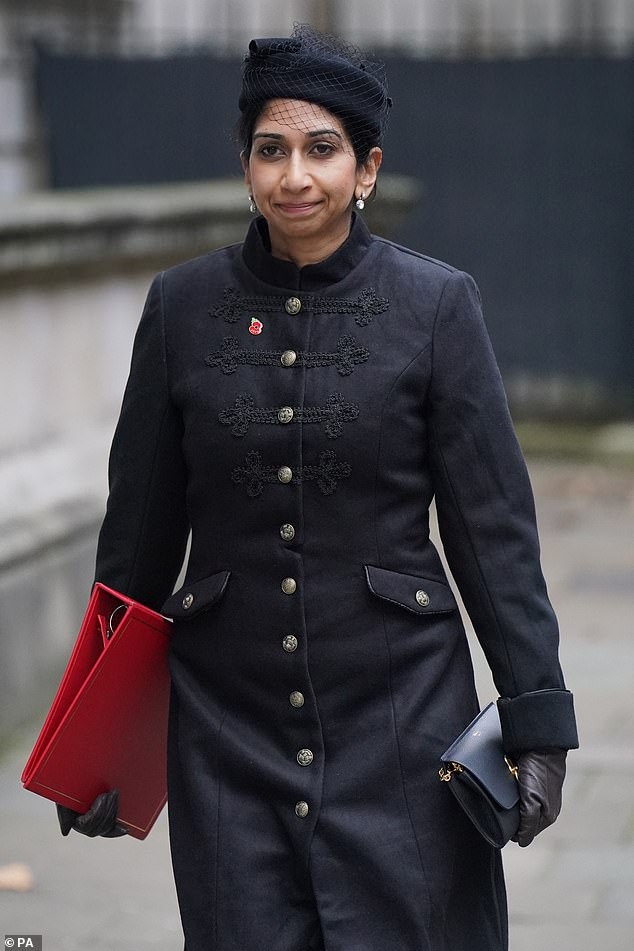 The Home Secretary’s agreement, which is anticipated to be backed by a £60 million-per-year financial package, involves a 40% increase in the number of officers monitoring beaches.

In addition, for the first time, British personnel will be infiltrated in French control rooms as part of the historic measures to crack down on risky small boat crossings, as the number of persons making the perilous trek to the United Kingdom has surpassed 40,000 so far this year.

Additional measures approved in Paris include an investment in CCTV and dog detection teams to monitor ports, as well as plans to better equip cops with drones and night vision.

In the meantime, Britain and France have agreed to increase cooperation on the issue with European allies, including an upcoming conference of the “Calais Group” of neighboring nations.

It comes as Braverman investigates a range of schemes to find less expensive housing for Channel migrants, including the possibility of housing them in abandoned holiday parks.

Home Secretary Suella Braverman (pictured) will announce an agreement with France to address the Channel crisis today, after the number of migrants landing on English beaches this year surpassed 40,000.

Last month, a group of persons believed to be migrants arrived in Dover, Kent, on a Border Force vessel.

The agreement is finalized and will be signed on Monday, according to a French diplomatic source, who added that the United Kingdom’s annual contribution to border security will increase from approximately £54 million to slightly above £62 million.

The insider continued, “The objective of the deal will be to dismantle human smuggling groups through enhanced technology surveillance, including the deployment of more drones.” Since 2018, Britain has paid France approximately £175 million to patrol the Channel border.

Smuggler deaths on boats ‘in the UK’

Tonight, a television documentary will say that a member of the gang reportedly responsible for the bloodiest migrant drownings in the English Channel is residing in Britain and requesting asylum.

According to reports, the guy of Kurdish heritage assisted refugees in finding a place on an inflatable boat that sank in November, killing 31 people.

The program probed individuals responsible for the accident and interviewed Issa Mohammed, a survivor who described seeing “corpses drifting by.”

Presenter Handa Majed is seen on the phone with a source who reports that the smuggler was spotted in Birmingham.

He crossed the English Channel on an inflatable. He changed his name and is requesting refuge, according to the source.

According to the documentary, the man was placed in a hotel in the Midlands and desires to establish a business, but it was unable to locate him.

Olivier Veran, a spokesman for the French government, told the Financial Times, “There is a need for French-British cooperation on this issue.” If we each act independently on our own sides of the Channel, the plan will fail. We shall collaborate in a committed, resolute manner.

His remarks were made as immigration minister Jenrick threatened to end “Hotel Britain,” which has cost taxpayers £6.8 million per day to house migrants in “unsuitable” housing.

Mr. Jenrick stated in The Sunday Telegraph, “Hotel Britain must disappear and be replaced with plain, utilitarian accommodations that do not provide an additional pull factor.”

He continued, “Accommodating these record numbers is exceedingly difficult, and a chronic shortage of sufficient accommodations has compelled the government to procure hotels at an unacceptable expense to the taxpayer.”

Human dignity must be matched by basic sense: illegal immigrants have no right to stay in five-star hotels.

The Government’s action came as the provisional total number of migrants who arrived in Britain on tiny boats this year reached 40,885 as of yesterday, with more due today.

Thousands have waited over a year for the processing of their asylum applications. 725 people, including 155 children, have been waiting for more than five years, according to the Refugee Council.

A spokesperson for the Home Office stated that the system was under “great demand” and added, “We are doing everything possible to address this issue.” We have expanded the number of caseworkers by 80% to over a thousand, and a successful pilot program has resulted in a doubling of the average number of asylum requests processed by caseworkers. We are now doing this nationwide.’

In addition, the spokesperson stated that applications from minors were prioritized wherever possible.