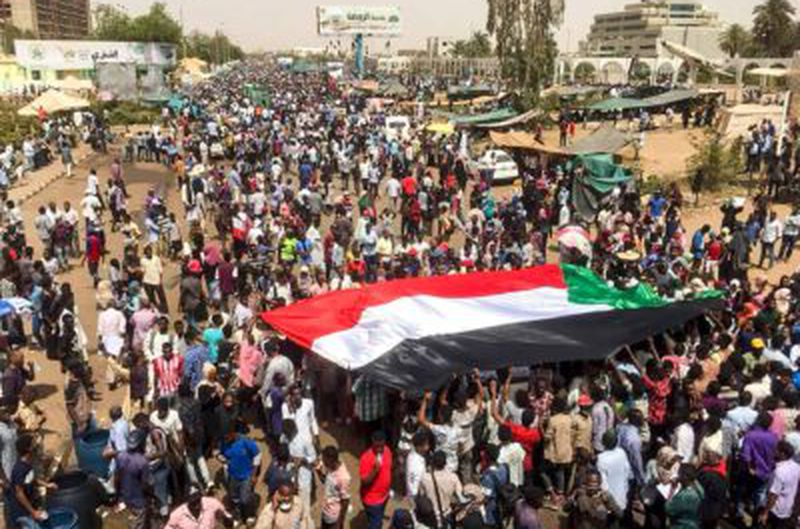 The US ambassador to Sudan has urged ex-rebels who were not a part of the initial post-coup agreement to participate in discussions aimed at restoring the transition to civilian administration.

Since the coup led by army chief Abdel Fattah al-Burhan in 2021, Sudan has been engulfed in upheaval. Military officials and certain civilian factions agreed last month on the first step of a two-part political process to settle the unrest.

While the pact received some worldwide plaudits, domestic opponents viewed it with skepticism, arguing that it lacks specifics and timetables.

Ambassador John Godfrey told AFP on Thursday that the process remained open for significant factions who have declined to sign the deal.

Also an ex-rebel commander, Finance Minister Gibril Ibrahim, who had signed a peace treaty with Sudan’s brief transitional government, stated that it was “far from a national accord and does not lead to free and fair elections.”

Godfrey stated, “Our understanding is that efforts continue to be made to meet a situation in which they feel they can join the process.”

He remarked at the completion of the first session of discussions in Khartoum over the second phase of the political process, which is primarily focused on neutralizing the remnants of longtime despot Omar al-administration, Bashir’s which was toppled in 2019 by huge protesters.

Additionally, negligence is to blame for the deadly Halloween crush in South Korea.

In the next weeks, a new round of negotiations is anticipated to address controversial subjects such as transitional justice, accountability, and security changes.

According to pro-democracy medics, at than 120 people have been killed in the crackdown on anti-coup protesters.

According to the United Nations Office for the Coordination of Humanitarian Affairs, the coup has also exacerbated a spiraling economic crisis and escalated ethnic violence in Sudan’s remote regions, which killed approximately 900 people in 2017.

Additionally, the opposition in Benin rejects the parliamentary voting results.

Burhan, paramilitary leader Mohamed Hamdan Dagalo, and other civilian organizations reached a tentative agreement in December, most notably the Forces for Freedom and Change, the largest civilian grouping ousted by the 2021 military coup.

The United Nations stated that this week’s negotiations represent “another significant step toward realizing the Sudanese people’s aspirations for democracy, peace, and sustainable development.”

Godfrey voiced optimism, stating that it was “very clear” that negotiators were striving to restore the transition in Sudan.

Burhan has stated that once a civilian government is constituted, the military will no longer be involved in politics.

The army head has also voiced hope for the restoration of international help suspended since the coup.

Under Bashir’s three-decade tenure, relations between Washington and Khartoum were extremely strained, with devastating US sanctions imposed in 1993.

The United States froze $700 million in aid after the coup in 2021, although according to Godfrey, it has continued to provide “humanitarian” and “some development assistance.”

“We have made it clear that we will not be able to restore the other lines of assistance until a new civilian-led government is in place in Sudan.”

»Sudanese post-coup discussions are “open” to holdouts: US envoy«