Skip to content
Home » News » News » Students will be paid up to $48,000 in cash to become teachers under 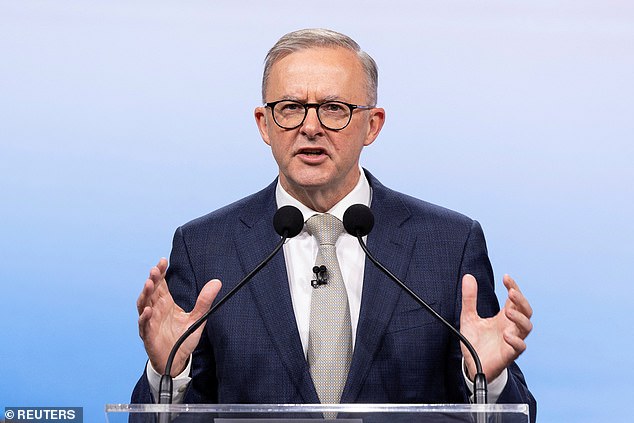 Anthony Albanese has announced $150 million plan to get more high achievers into teaching and boost the numbers of science and mathematics teachers if Labor win the upcoming federal election.

The plan will also fund 1500 extra placements to retrain mathematicians and scientists and support them as they work part-time as teachers while getting their masters degree in education.

Labor also says it will work with the states and territories to boost career options for existing teachers, including considering higher pay for elite teachers and more chances to share their skills with other teachers without having to leave the classroom.

‘Labor’s plan will incentivise the best graduates to join the teaching profession, leading to a brighter future for our students and for the nation.’

‘One of the most important things we can do to stop the slide in students’ results and boost student results is to lift teaching standards,’ she said.

‘I want students competing to get into teaching like they do to get into medicine or law.

‘If we want a better future in Australia, we need a smart, skilled workforce so we can compete for jobs and growth with our neighbours,’ she said.

The education sector is facing a post-pandemic shift, with teachers saying they are burned out after two years of lockdown and educators in NSW striking last week for better pay.

The updated plan will be funded by $146.5 million over four years.

The policy announcement comes as Labor extended their lead in two new opinion polls, published less than a fortnight out from election day.

The latest Newspoll shows Labor ahead 54-46 on two-party preferred, up one point from the previous week, while the newest Ipsos poll has Labor on a 35 per cent primary vote while the coalition has dropped to 29 per cent.

However, Labor frontbencher Jason Clare said the opposition was not reading too much into the polls.

“You’re right to be suspicious, they’ve been wrong in the past and I can only expect that they are wrong now,” he told ABC radio on Monday.

“We need to win seats, not polls.