Skip to content
Go Home «» News «» Breaking News «» Strippers were wrongfully fired from a LA topless bar, according to the Labor Board 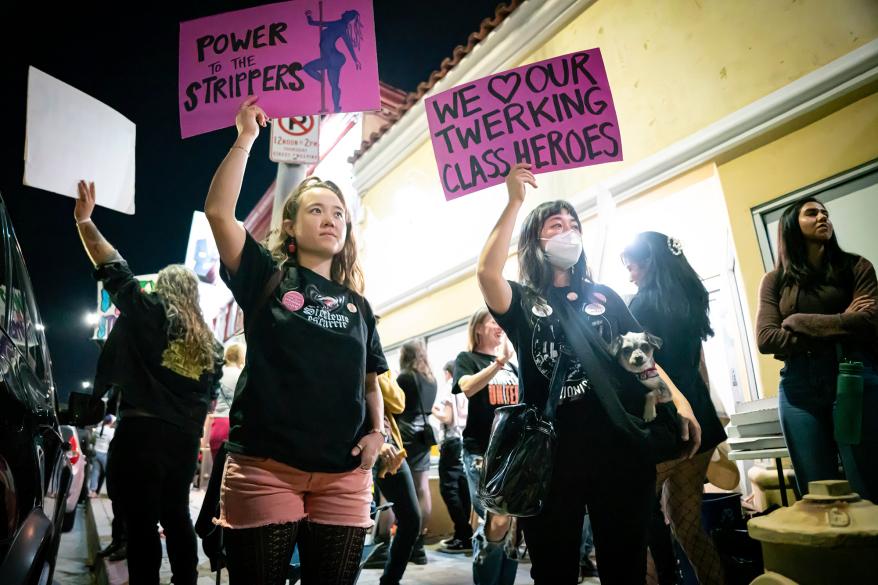 The National Labor Relations Board decided that a topless bar in the Los Angeles region violated federal law when it fired three exotic dancers and locked out 15 others who initiated a unionization push to protest unsafe working conditions.

According to the Los Angeles Times, the NLRB regional office in Los Angeles filed a complaint stating that the strippers’ accusations that they were compelled to work in unsafe conditions at the North Hollywood dive club Star Garden have substance.

In recent months, dancers have picketed the jiggle joint, brandishing posters reading “Twerking Class Heroes” and “Power to the Strippers.”

The strippers said they were forced to work in a club with shattered glass on the floor, bedbug-infested furniture, rat and cockroach infestations, rusty nails protruding from the stage, and white substances falling from the roof.

NLRB spokesperson Kayla Blado told the LA Times, “The Star Garden dancers collectively raised concerns about their health and safety, and the employer improperly retaliated against them as a result.”

According to the National Labor Relations Board, the dancers’ accusations are valid.

The North Hollywood Star Garden terminated dancers and kept out others after they complained about terrible working conditions.

A Star Garden spokesperson was not immediately available for comment.

The management of Star Garden refused to recognize the union after the dancers quit in protest of bad working conditions.

According to reports, when the strippers who had walked out attempted to return to work, they were barred from doing so.

Strippers in the Los Angeles region are attempting to organize a union following a labor dispute with the topless bar that employed them.

In August, the Star Garden dancers petitioned the Actors’ Equity Association, a union that represents actors and stage managers, to represent them.

However, the vote count could not be completed since the majority of ballots were disputed by Star Garden owners.

If the strippers are successful in creating a union, it will be the first time in the United States since 1996 that strip club dancers have joined a guild.

»Strippers were wrongfully fired from a LA topless bar, according to the Labor Board«