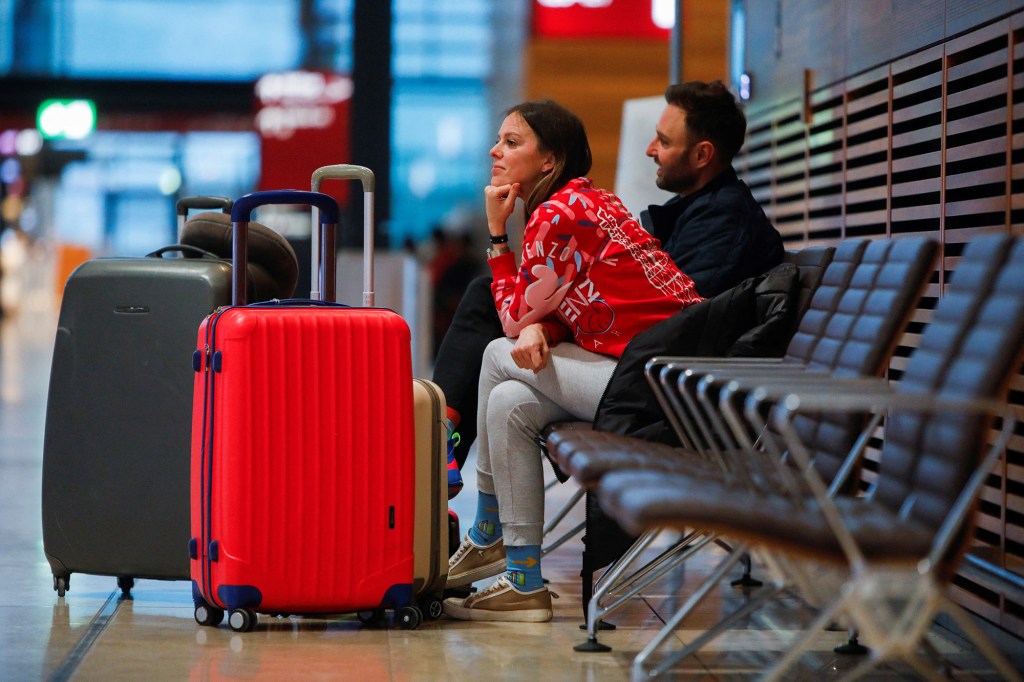 Approximately 300 takeoffs and landings with less than 35,000 passengers were scheduled for Wednesday.

In the wage dispute, the Ver.di union urged airport employees in ground services, aviation security, and the airport company to go on strike. It called the one-day strike due to what it deemed to be insufficient salary negotiations.

People wait with their luggage on January 25, 2023, at the Berlin Brandenburg Airport (BER) in Schoenefeld, near Berlin, Germany, during a national strike by employees over compensation demands.

“We hope the pressure is sufficient,” said union leader Enrico Ruemker, adding that movement in the negotiations was the objective.

According to him, the airport corporation had submitted a 24-month collective bargaining offer in which pay would grow by 3% on June 1 and another 2% on May 1 of the following year.

“When you consider the high inflation rate and the fact that colleagues from this region have not received a salary increase in many, many years, this offer is a slap in the face,” Ruemker remarked.

The German government was slated to deliver its yearly economic report on Wednesday. A source told Reuters that an early copy of this paper predicted inflation rates of 6% for this year and 2.8% for 2024.

»Strike at the Berlin airport over wages grounds all flights: Operator«