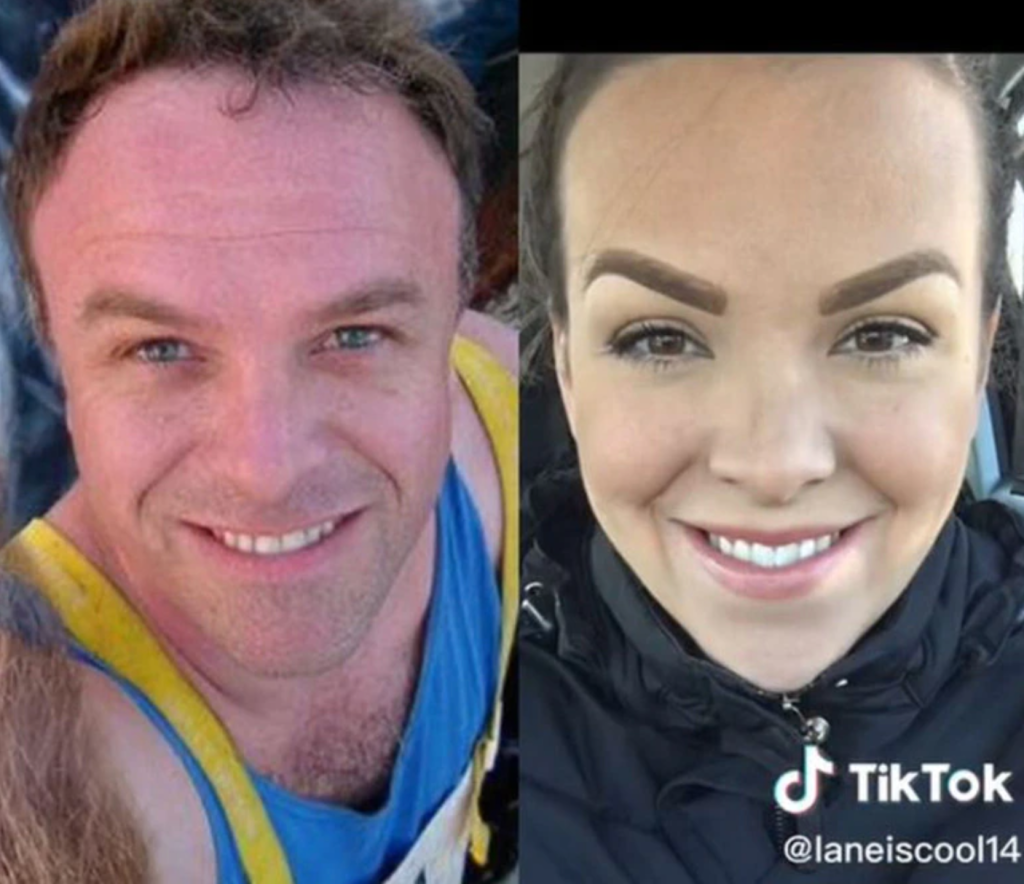 A woman in the United States described how a stranger texting her to get a DNA test led her to realize that her father is not her biological father.

TikTok user Lane (@laneiscool14) documented her extraordinary journey in a series of videos.

A year ago, she received an anonymous text message from an unidentified phone number inviting her to take an Ancestry.com test.

In a three-minute tape, she stated, “This f***ing text message ruined my life forever.”

“About a year ago, on January 9, I received a text message from Ancestry recommending a DNA test.

“And I believe it to be false, so I FaceTime a friend and say, ‘Listen to this’. And she responds, “I swear my instinct is telling me this is true.” You should respond’ Therefore, I respond, and they reply.”

The TikToker from Brooklyn stated that the text chat left her “shaken.” She said that the individual used a “burner Facebook account” to communicate with her and her husband about the DNA test.

“They refused to offer me with any proof that this was real, so I contacted my mother and said, ‘What the f**k?'” she continued.

Ultimately, Lane’s mother admitted that she had an affair with a 25-year-old man while earning her bachelor’s degree in education at age 35.

Lane published a side-by-side photo of herself and her recently discovered father.
Laneiscool14/TikTok

She acknowledged that the man who reared Lane was not her biological father.

Lane explained in the video, “I almost fell off my f*cking chair.”

She had an affair with a man ten years her junior during her undergraduate years.

“It was a one-time occurrence, but he spotted her on campus and asked, ‘Is she yours?’ She denied it.”

Lane ordered an Ancestry test immediately. After six weeks, she received the results.

“I discover that this man is indeed my father. Therefore, I immediately send him a message; he resides in California. He is English. “What the hell?” She stated,

“He stated that my mother sent him a Christmas card with my name on it when I was two years old, and that he has googled my name ever since.

“In 2007, my name appeared, and he saw a photograph of me; he immediately recognized me as his daughter.”

Lane reported that her real father wrote her mother in an attempt to get in touch with her, but she “threatened him” and told him to “leave them alone” and never contact them again.

“What then did he do? She claimed, “He has tracked me on social media my entire life.”

“He observed me dating my lover, getting married, and having children from the outside, unable to know me.”

Then, Lane shared a side-by-side photo of herself and her biological father with the caption, “This picture scared me out.”

Many users were surprised by Lane’s narrative and eager to learn more, which resulted in 10.5 million views of her first video.

“Horrific. “He was denied a daughter,” wrote one individual.

“I am glad you know the truth, but it was one hell of a way to discover it,” said another.

Another Twitter user said, “This is devastating,” while another said, “You look so much like your biological father.”

The woman was able to locate and meet her father.
Laneiscool14/TikTok

A third stated, “That makes me so sad since he missed out on so much when he wanted to be active.”

Lane claimed in a follow-up video that her biological father once called her workplace and inquired what time it closed in an attempt to hear her voice.

Additionally, he desired a haircut from her at the salon where she worked, but his wife advised against it because she believed Lane would immediately recognize him as her father.

Lane stated in another video that her biological father was not the sender of the text messages, but rather his nephew, who had a similar experience.

The family secret significantly strained Lane’s relationship with her mother, according to Lane. As a result, she eliminated her from her life.

“Severing ties with my mother was one of the most difficult things I’ve ever done,” said Lane.

I never would have anticipated it.

“I was there for approximately five days. She explained, “We met once or twice a day to hang out and go out to eat, and each time I felt like I was pulling things out of him and that he didn’t like me.

“I was fine up until the last day, and then I became really emotional because I had hoped that on the last day, things would be different, and when they weren’t, it was difficult.”

Lane learned that the mysterious texter was not her father, but rather his nephew who was in a similar circumstance.
Laneiscool14/TikTok

Lane disclosed in a recent post that she and the father who raised her have not discussed the topic, but he is aware that she is not his biological daughter.

“Immediately, one of my estranged sisters informed him. “Therefore, I am unaware of his reaction,” she remarked.

She stated, “I can only assume he was as sad as I was, but there is also the truth that between us, not much has changed.”

“That remains my father. I continue to be his daughter. My kids are still his grandkids.”

Lane indicated that she will ultimately discuss it with him and is proceeding at her own pace.

She said, “I simply feel like I have two fathers now, which is a fantastic thing.”

»Stranger texts woman to get DNA test, and she realizes her dad isn’t her biological father«