Skip to content
Home » News » TDPelTV » Story of Lawrence Ripple, the man who robbed a bank for a prison sentence just to get away from his wife 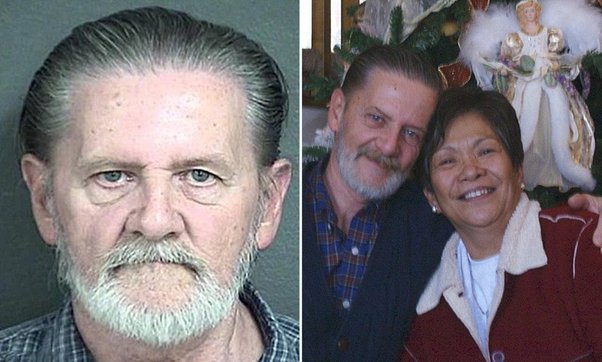 In 2016 a man walked into a Kansas City Bank and handed the teller a note. The note demanded the teller hand over money because he had a gun and would shoot her if she didn’t comply.

Scared she would be shot, she handed the bewildered-looking bank robber all the money in her till. The would-be bank robber thanked the teller before walking off with about $3,000 in cash.

He then proceeded to calmly walk towards the lobby, but instead of fleeing out the door, he took a seat as if he were waiting for assistance.

As the bizarre incident continued to unfold, the police were called and the bank employees were ushered out of the building.

When the cops turned up at the scene, they were probably expecting a stand-off with a deranged armed bank robber, but instead what they found was a defeated looking man in his 70s, that went by the name Lawrence Ripple.

When the baffled police officers asked why he did it, he looked at them and said, “all I wanted to do was to get away from my wife.”

In the days leading up to the robbery, Lawrence, who was suffering from depression from a series of heart surgeries, was feeling particularly down with his lot in life and it wasn’t helped by the constant nagging from his slightly overbearing wife.

Feeling trapped between a rock and a hard place and what probably started as a thinly veiled threat, turned into the perfect solution to get away from his nagging wife: prison.

He wrote out the note that he was later to hand the teller and looked at his wife and says, “I would rather be in prison than sit here and listen to you for another minute,” before walking out the door.

Under normal circumstances, most would find a way to cool the head. Maybe go for a jog or a nice, strong drink down at the local pub. Instead, Lawrence Ripple was going to see his cry for help through in a spectacular fashion and continued onto the bank.

Did he want to go to prison to get away from his wife or was it a loud cry for help? In court, the lawyer defending him painted the situation as just that: a cry for help from a deeply depressed man.

Lawrence Ripple was very remorseful of his actions and the teller from the bank asked the judge for leniency when sentencing him.

Lawrence was looking at twenty years for the offense, but in this instance, the judge acted with compassion and listened to Ripple’s pleas for help and sentenced him to 7 months home confinement.

Lawrence Ripple had to be escorted to his home as he pleaded for the judge to give him the twenty years.