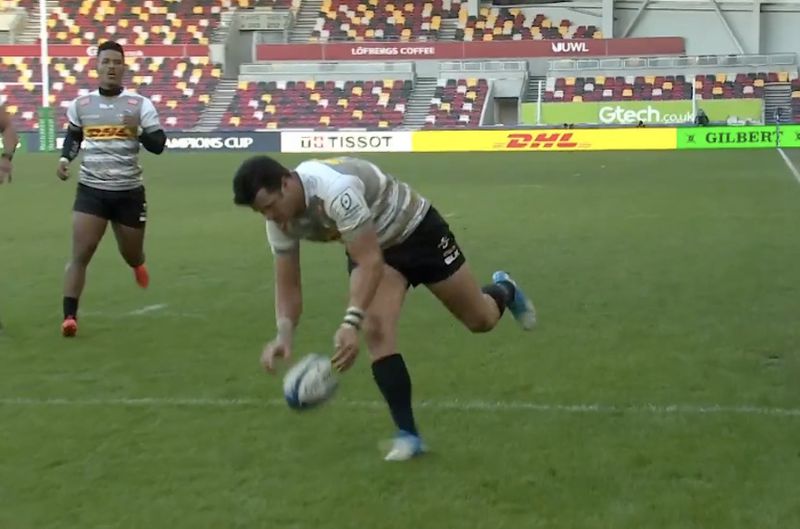 The Stormers have maintained a great level of play in 2023, as seen by their bonus-point victory over London Irish on Sunday. They now need just one more log point to secure a spot in the Champions Cup playoffs.

Sunday’s match was a straightforward victory for the Stormers, but Ruhan Nel had a moment to forget when he dropped the ball over the tryline with no defenders nearby.

The Champions Cup social media account afterwards tweeted the footage with the remark “don’t worry Ruhan, it happens to everyone.”

In a humorous answer, Nel said that a fan had told him after the game, “he’ll keep the phone for a selfie because I might just drop it.”

The Stormers will be without flyhalf Manie Libbok when they face Clermont in Cape Town on Saturday, as the Springbok rookie was injured in a head-on-head collision the previous weekend.

“Manie received a blow to the head and failed his HIA,” stated Stormers head coach John Dobson after the game. “It was a joke that he failed the ‘language exam.’ However, it is a concussion, and he must now through the entire process.

“We have options at 10.” Sacha had trained at 15 and 12 for this game, so it was definitely a mistake on my behalf to put him on at 10,” Dobson said. “However, Sacha is certainly an option at 10, as are Damian Willemse, Jean-Luc du Plessis, and Kade Wolhuter. There, we’ll be alright.”

THE STORMERS ARE POSITIONED PROPERLY IN POOL B.