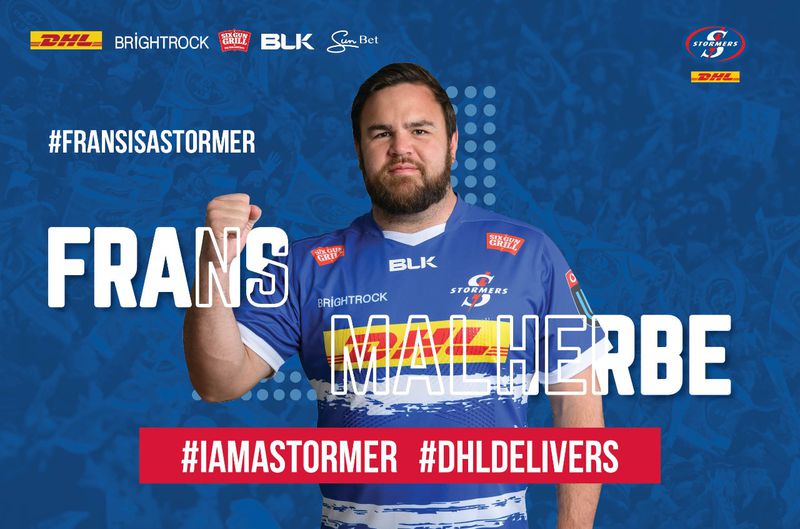 The Stormers and tighthead prop Frans Malherbe have agreed to a new three-year contract extension that will allow him to continue his extraordinary career in Cape Town.

The World Cup champion has never played for another team professionally and will add to his 126 Stormers appearances over the next three years.

Commenting on his choice to recommit to the Cape side, Malherbe stated that he is looking forward to the next three years.

“I am extremely pleased to remain in Cape Town and play with the Stormers. The team climate here is quite great, and I want to contribute to enhancing it by doing anything I can to assist the team continue to improve.”

The importance of having a player of Malherbe’s caliber remain committed to the squad was emphasized by head coach John Dobson.

“Frans symbolizes what we want this squad to represent. Dobson gushed about Malherbe, stating, “He is already a Stormers legend, and he will only grow in stature over time.”

“He is a world-class athlete who gives so much more to our cause than just his on-field performance.

“He will play a crucial role in motivating the next generation and demonstrating what it means to be a true Stormers man,” he said.

Malherbe, a proud product of the Western Cape, represented Western Province at the U16, U18, and U19 levels before making his senior debut for the Stormers at the age of 20 in 2011.

Since then, he has established himself as one of the most respected front row forces in international rugby, with continuous performances of world-class caliber for both the Stormers and the Springboks.

Malherbe is known as one of the best scrum-halves, but he also provides significant value with his positional play, defensive acumen, and general rugby savvy.

Malherbe, who has played for the Stormers for almost a decade, was instrumental in the team’s inaugural United Rugby Championship title last season.

»Stormers secure a Springbok forward with a new, long-term contract«