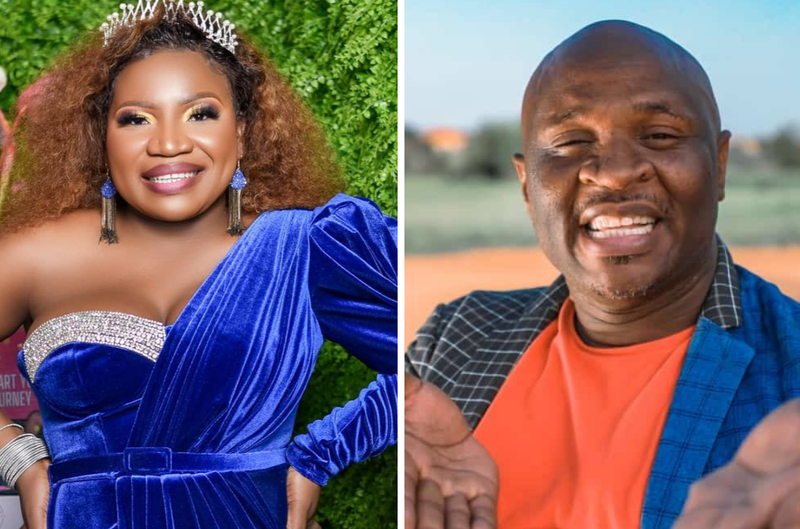 The musician Dr. Malinga is unhappy with Makhadzi for exploiting him to “promote” her One-Woman Show, which took place in October of last year.

The vivacious performer entangled in a tax issue with SARS accuses Makhadzi of exploitation. Recent Facebook posts by Dr. Malinga detailing his interaction with Makhadzi brought the allegations to light.

In 2022, the South African Revenue Service was involved in a tax scandal involving the Via Orlando hitmaker (SARS). Malinga was on the verge of losing all of his significant possessions in the same year, just before going public and discussing his financial plight on Podcast and Chill with MacG.

Following his podcast appearance, a large number of Mzansi citizens donated to Malinga’s cause. The financially shaky singer was assisted in settling a portion of his multimillion-dollar tax obligation through the collection of R100,000 in contributions from notable and everyday members of society. Makhadzi took it upon herself to assist as well.

She threw Malinga a lifeline by including him in her one-woman show, promising not to exploit him.

In a series of Facebook posts, Dr. Malinga has criticized Makhadzi for the alleged exploitation. After three months of silence, Malinga has finally emerged to report on recent happenings.

According to the musician, Makhadzi promoted her event using him. Malinga further claimed that despite assurances that he would not be exploited, he was not provided with food, drink, or shelter.

He added that he has been treated better by promoters than Venda musicians. Here are Malinga’s comments.

Mzansi citizens were divided on Dr. Malinga’s accusations against Makhadzi, and in classic South African fashion, they hurried to the comments section to express their views on Malinga’s purported plight.

Some individuals stated that Malinga was ungrateful and accused him of engaging in a PR stunt, while others speculated that the musician’s Facebook account had been hijacked.

Stanley responded, “Your lack of professionalism, Dr. Malinga, is the reason you cannot manage your finances. Be professional and deal with Makhadzi’s managers instead of attempting to damage her reputation. Bye”

“Please leave Makhadzi alone and attempt stand-up comedy, your music is obsolete and we no longer require your kicks. Poppie stated, “I don’t think you’re relevant anymore unless you stop kicking your legs in the air.”

»“Stop exploiting others for your own gain,” Dr. Malinga admonishes Makhadzi«