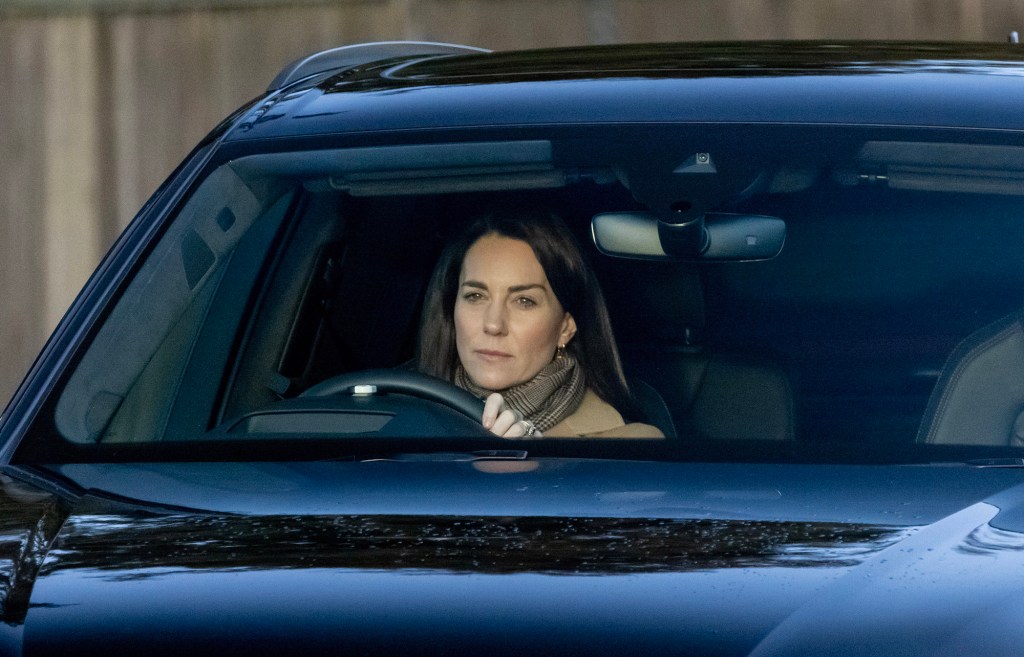 A stony visage Kate Middleton was photographed for the first time since the publication of Prince Harry’s explosive memoir, in which he portrayed the Prince and Princess of Wales as bullies.

Middleton, 41, was photographed behind the wheel of her black Audi on Wednesday while wearing a scarf and a beige coat.

The exiled “Spare” heir did not leave any stone unturned as he divulged confidential family disputes and chats.

The incessant assertions in the book apparently “appalled” the Princess of Wales.

She finds it difficult to forgive him for dragging her name through the mud, according to a source for US Weekly.

In it, he discusses Middleton’s strained relationship with his 41-year-old wife, Meghan Markle.

The Duke of Sussex, aged 38, provided his perspective on the famed dress-fitting dispute between the women of Windsor, claiming that Markle was “sobbing on the floor”

Middleton, 41, was spotted behind the wheel of her black Audi on Wednesday, seeming stern yet composed.

The renegade royal then shockingly disclosed private text exchanges exchanged between Markle and Middleton during the dispute over Princess Charlotte’s bridesmaid outfit.

Elsewhere in the protocol-breaking book, Harry remembered a moment when Middleton unwillingly loaned the “Suits” actress her lip gloss and was “stunned” by her request.

He asserted that the Princess of Wales “grimaced” when Meghan squeezed the gloss onto her finger and applied it to her lips.

Harry has also alleged that his wife’s meeting with the Prince and Princess of Wales was hindered by stereotypes.

In a recent interview leading up to the release of “Spare,” he stated, “There was a great deal of stereotyping going on, and I was guilty of it as well in the beginning.”

When asked to elaborate, Harry stated, “Well, American actress, divorced, biracial, there are many different aspects to that and what that can mean if you are reading the press, British tabloids… there is a tendency to live in a tabloid bubble as opposed to actual reality, like a lot of my family does.”

Harry also stated that his wife’s meeting with the Prince and Princess of Wales was hindered by stereotypes.

Middleton was last saw in public leaving Sandringham House on Christmas Day to attend a service at St Mary Magdalene Church in Norfolk with Prince William and their three children.

Additionally, Harry made shocking assertions regarding his brother and probable heir.

Two months before he and Markle left the royal family, he claimed that Prince William, 40, threw him to the ground after a violent altercation.

Harry writes in his memoir, “I don’t believe they ever expected me to get into a relationship with someone like Meghan, who had, you know, a very successful career.”

When Harry told the Prince and Princess of Wales in 2005 that he was considering wearing a Nazi costume to a party, he said they “laughed hysterically.”

The Buckingham Palace has declined to comment on the January 10 official release of “Spare.”