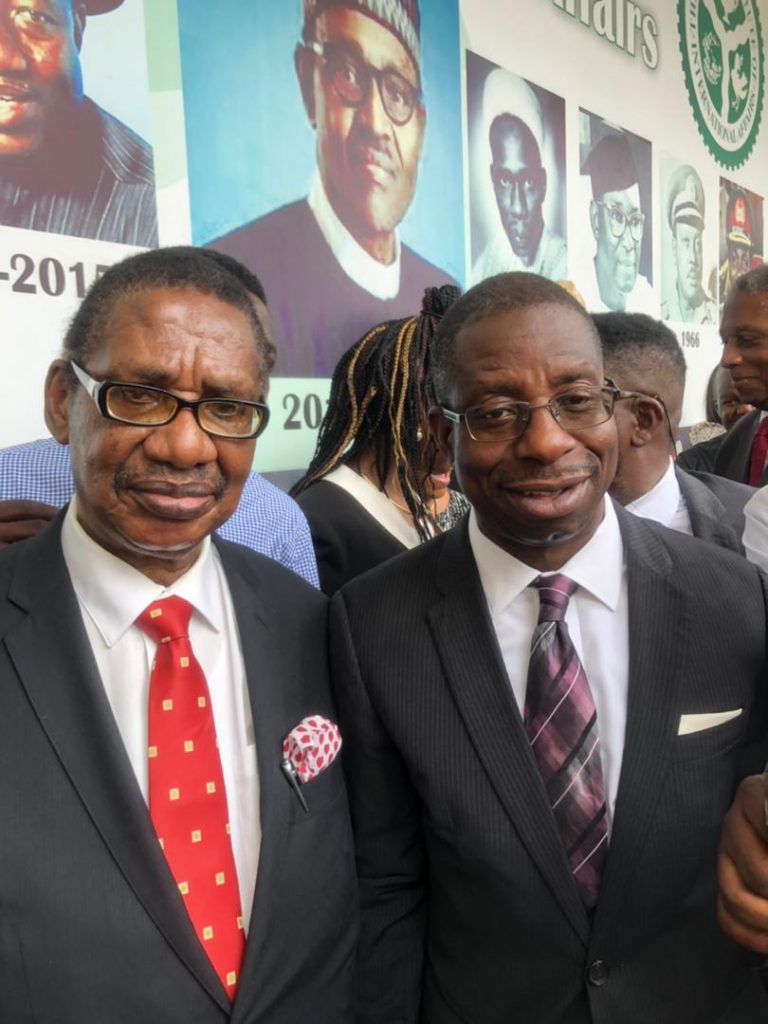 The Chairman of the Presidential Advisory Committee Against Corruption, Itsejuwa Sagay has urged governments at all levels to urgently address insecurity and other vices that bring disunity among Nigerians.

Mr Sagay gave the advice at the public presentation of an autobiography book titled ‘All Will Be Well’ which attracted the presence of the country’s elder statesmen, political stakeholders, and captains of industries in Lagos.

The eminent professor of law said; “The book has the title of hope for the future so things will get better.

If I were in government now, the major task will be to make life better for Nigerians and tackle the horrendous security situation because nowhere is safe. Every resource we have should be directed at correcting that and suppressing these people who have made things difficult for us.

”Let’s keep being hopeful, we should learn to be just, fair and considerate towards others.”

Many of the attendees used the forum to chart ways forward for a better Nigeria.
The participants described the autobiographer Itsejuwa Sagay as a patriotic Nigerian, who never compromised standards.

A former Governor of Ogun State, Olusegun Osoba said he had known Sagay for over 50 years and urged the present day leaders to emulate his virtues such as honesty and sincerity of purpose.

Mr Osoba said; “Honesty, courage and being truth to authority. These are some of the qualities that I want the younger ones to learn from Sagay.  He’s a man who’s is pius, compassionate and an activist, a respected legal luminary with a decent character.”

ASUU strike
He also used the forum to call on the Nigerian Government and the Academic Union of Universities, ASUU to reach an amicable settlement, describing the situation as wasted years for the younger generation.

“As a father, I’m very sad. Our younger ones are going through wasted years. This strike is going to be traumatic for our younger elements. I plead for both sides to come to amicable settlement as early as possible,” the former Governor stated.

Other Guests at the event included clergy man, Bishop Akinode Jide of the Anglica Communion Church, the publisher of All Will Be Well, Joop Barkhout of Safari Books Limited and the Vice Chairman of the body of past presidents of the Institute of Chattered Accountants of Nigeria, Dr. Ike Nwokolo, who called for good leadership where the welfare of the citizenry would be paramount.

All Will Be Well is written by the autobiographer Itse Sagay and published by Safari Books Limited.
The 617-page book was reviewed by activist-lawyer, Jiti Ogunye.