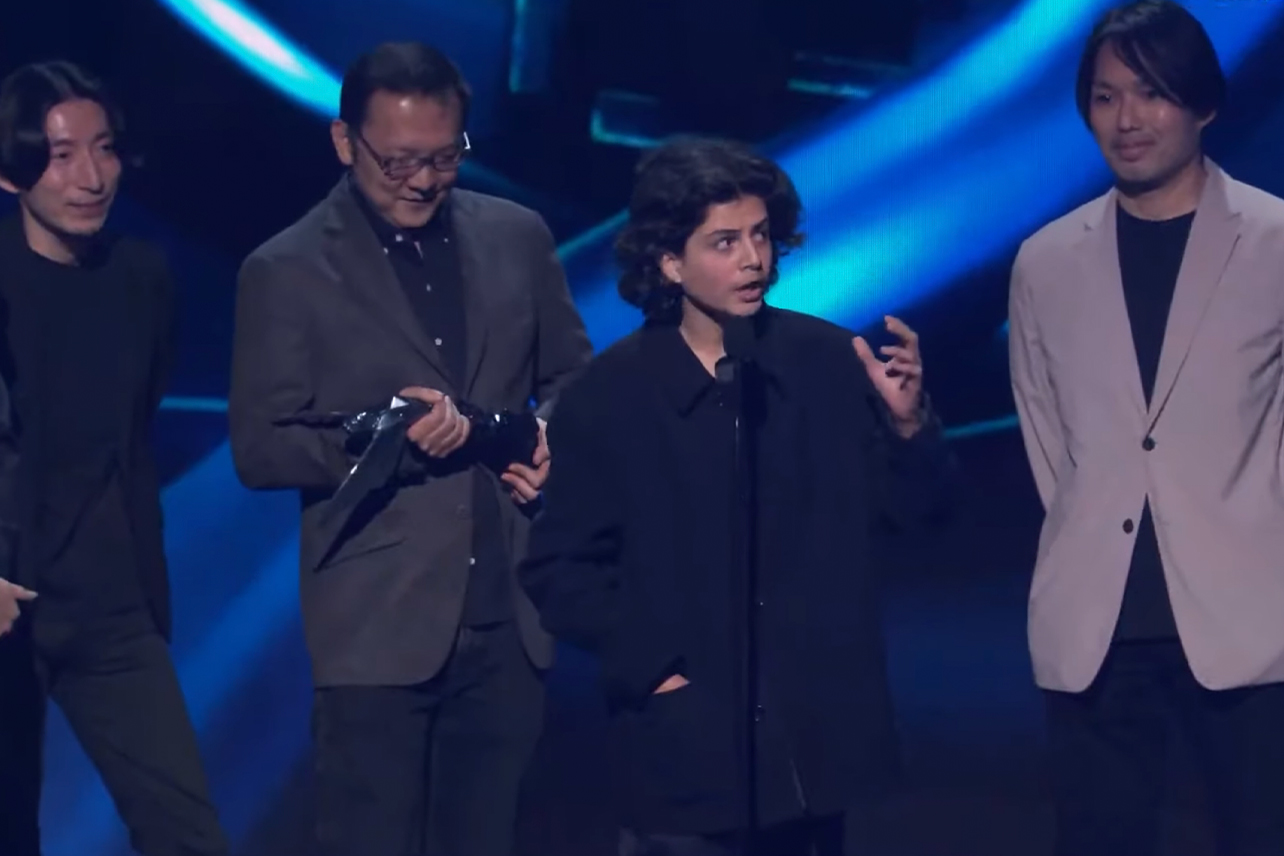 At Thursday night’s The Game Awards, there was a rude awakening when a person stormed the stage during Elden Ring’s acceptance speech for Game of the Year.

However, an error occurred during the presentation of the event’s most prestigious prize.

As members of Elden Ring’s production team, including director Hiyao Miyazaki, stepped forward to claim their Game of the Year award, a stage invader sneaked onto the stage. Before taking the microphone, the person stood in the background for the group’s acceptance speech.

Instead of leveraging his little moment of popularity to make a profound or humorous statement, he made a weird remark about former president Bill Clinton. “It is my turn. Bill Clinton, my reformed orthodox rabbi, is my choice for this award. As departure music played in the background, he thanked everyone.

The Elden Ring team seemed noticeably bewildered at the time, and the mystery man was hauled off stage after making his remarks. As this was the final award of the evening, Keighley congratulated the winners and bid farewell.

The host tweeted after the show, “The person who disrupted our Game of the Year moment has been detained.”

Many individuals were both astonished and underwhelmed by the intruder. If you’re going to go to jail for storming The Game Awards, you should at least say something cool, such as “where’s Silksong?”

Another commented, “Fromsoft getting a Game of the Year award only to be stopped by a creepy and frightening child spouting cryptic stuff nobody understands is sort of on brand by mistake.”

I eagerly anticipate seeing the YouTube video in my suggested feed.

How I got into the Game Awards and offered a shoutout to Bill Clinton.

According to The Game Awards regulations, Keighley must bring the kid back next year to give GOTY. I have no idea who he was.

Who has seen my stepson? I permitted him to attend the Game Awards, and he has not yet returned.

Others assert that the crasher’s remark was a “anti-Semitic dog whistle,” with several claiming he previously appeared on the far-right conspiracy website InfoWars.

Forget “free him”. Matan Even, who sneaked onto The Game Awards stage to discuss his “reformed Orthodox rabbi Bill Clinton,” has ties to InfoWars. pic.twitter.com/vlcVaDzi9K

I hope that youngster isn’t a raving anti-Semite despite the fact that the game awards’ conclusion was a bit illogical.
Five minutes later, twitter users speculated: was this guy on infowars?
me: ah, well

…So, am I exaggerating if I find it genuinely disturbing that a man finished The Game Awards by creeping up to the microphone and calling Bill Clinton a Jew? Like a week after Kanye’s crap?

This feels significantly more terrifying than “haha, a child interrupted, what a meme”

Keighley revealed that this year’s broadcast reached “new viewership heights on YouTube and Twitch” and is trending globally on YouTube. No other information has been disclosed regarding the individual.