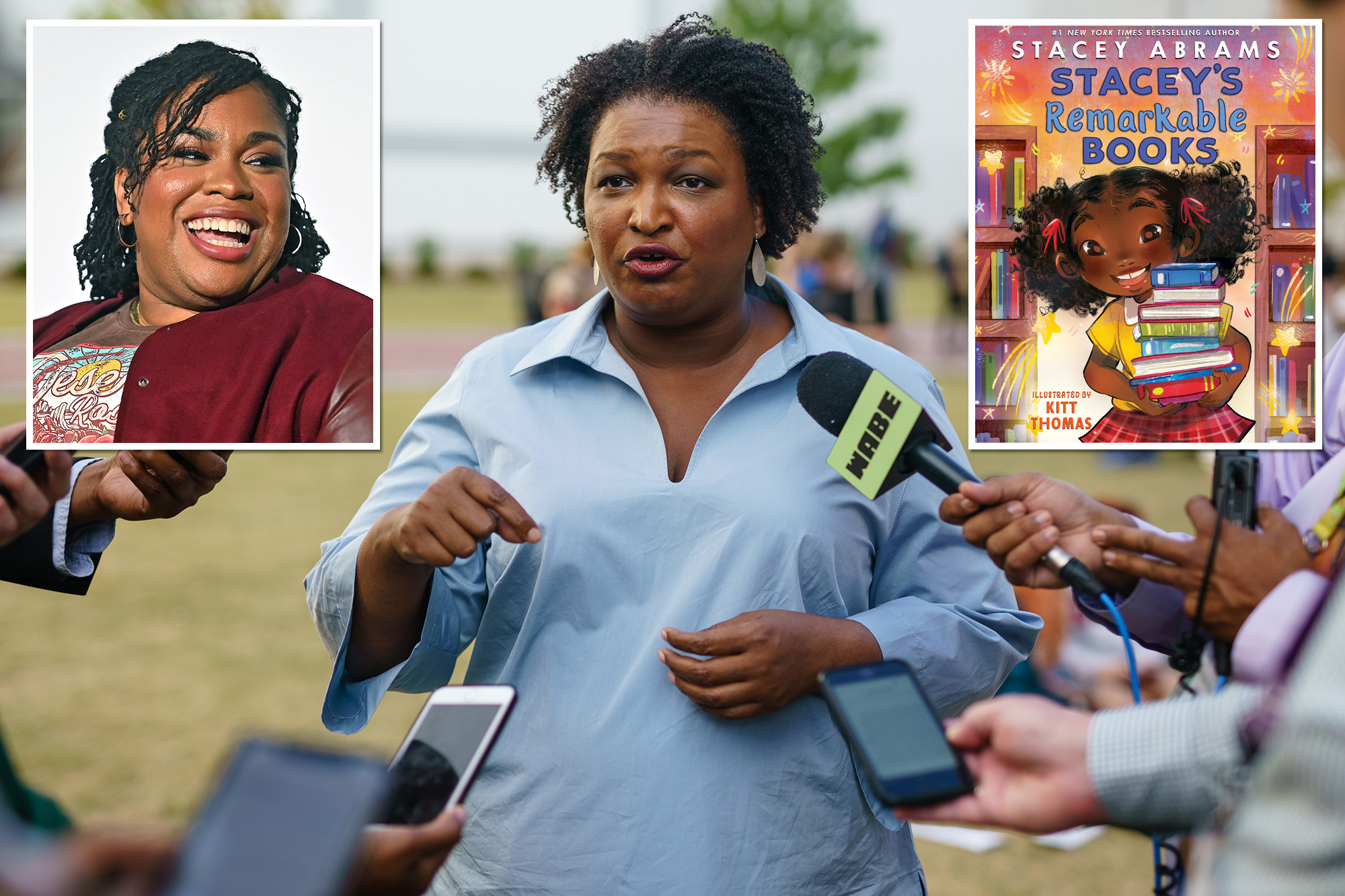 Stacey Abrams, the twice-failed Democratic candidate for governor of Georgia, is unveiling a new book to encourage children to read. Joining her at the presentation is a children’s novelist who wants to eliminate the police and jails.

Next week, Abrams will host a book launch and has invited Twitter fans to join her and children’s author Angie Thomas as moderators for the virtual debut.

Abrams remarked on Twitter, “Join me on December 15 at 7pm ET to celebrate the virtual debut of Stacey’s Remarkable Books, my new narrative about the power of words.”

“Moderated by [Thomas] in cooperation with Brave + Kind Bookshop, you can purchase a ticket and a copy of the book here,” Abrams continued, providing a link to purchase her new book.

Thomas has given a number of public endorsements of far-left, progressive initiatives, such as defunding the police and abolishing prisons.

Thomas responded with “Amen” to a person’s request to abolish prisons.

“Please add Ben & Jerry’s to my shopping list,” she said in June 2020 in response to the ice cream company’s request to defund the police force they thought “urgently required.”

Angie Thomas has tweeted “amen” in response to the abolition of prisons and called for the defunding of the police.

Thomas has also expressed her opinions on defunding police and abolishing prisons in the press, telling the publication Guernica that she is “in favor of dismantling the prison system.”

Thomas stated in August 2020, “I’m fully committing to it.” It’s difficult for me to say ‘yes, lock people up’ because I recognize the prison system’s origins in slavery and how it’s a modern form of slavery.

The author of children’s literature restated her stances on abolishing jails and defunding the police, stating that the killings of George Floyd, Ahmaud Arbury, and Breonna Taylor influenced the creation of her fantasy series “Nic Blake and the Remarkables: The Manifestor Prophecy.”

The event between Abrams and Thomas is scheduled for December 15 to launch the newest book by the former Georgia gubernatorial candidate.

In light of the deaths of George Floyd, Breonna Taylor, and Ahmaud Arbery, there were many discussions about police reform, defunding the police, and prison abolition in 2020. “These are things that I have my own opinions on, and if you’ve read my books, you should have a good idea of how I think,” Thomas told Publishers Weekly in August of this year.

“I recall watching a Twitter discussion on this topic in which someone stated, ‘There is no way we could live in a society without police or prisons. You reside in a fantasy world,'” Thomas proceeded. “Here I am composing a fantasy novel. And I responded, “Wait a minute, as someone who knows these things are feasible and who has studied Angela Davis and other philosophers, I can see the way to get there.” Why don’t I construct a universe in which this is the reality? Consequently, I have this world that is distinct from our own and that reflects these things, as well as a world where Black people are free. They are liberated from the shackles of racism and inequity. They enjoy absolute independence.”

“I wanted to construct this world so that Black children and Black people could see what is possible and think, ‘Wait a minute, this isn’t a fantasy novel, this is possible.’ You want to tell me that in our bizarre real world, a Black child might stroll into a store without anyone asking whether they are stealing?” That appears to be such a trivial matter. But it is a world that we have not yet constructed here. It is my personal fantasy world in multiple ways.”

The title of Abrams’ most recent book is Stacey’s Remarkable Books.

Neither Abrams’ Fair Fight Action PAC nor Thomas reacted immediately to a request for comment from Fox News Digital.

Since the 2020 protests and riots in response to Floyd’s murder, progressives have supported the radical notions of defunding the police and abolishing jails.

Among the incoming freshman class are two Democrats who have stated support for abolishing prisons.

Rep.-elect Summer Lee, D-Pa., a progressive Democrat, is taking over the district of longstanding Democratic Rep. Mike Doyle in Washington.

She has openly backed various socialist goals — including the transfer of wealth — as well as contentious progressive ideals like abolishing prisons.

In addition, Florida elected a young, progressive congressman in Maxwell Frost, who in 2020 sponsored the anti-police and anti-prison group Dream Defenders.

Frost’s endorsement of Dream Defenders includes a request “for a prison [and] police free society.” He also supported other far-left organizations, such as the radical environmentalist Sunrise Movement.