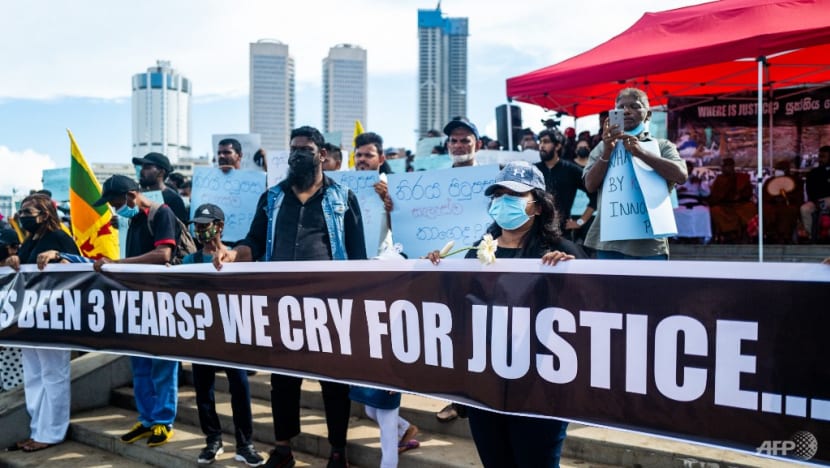 Sri Lankans protesting for days near the president’s office and demanding justice for the victims of the Easter terror attacks that claimed at least 270 lives three years ago.

The protesters demanded the government uncover what they called the real conspirators behind the attacks on three churches, two Catholic and one Protestant that included simultaneous suicide bombings during Easter celebrations on April 21, 2019.

On Sunday, protesters lit candles and Displaying banners and placards, and called for justice for the victims of the Easter attacks.

“Who was behind this attack,” the placard read.

The demonstrations were held at Colombo’s main esplanade, where thousands of people have been protesting for eight days to demand the resignation of President Gotabaya Rajapaksa over the worst debt crisis that has caused critical shortages of fuel, food and medicines in the Indian Ocean island nation.

Protesters including relatives of the victims accused the government of failing to deliver justice for the bombings.
“My entire family is gone. Today, I live a very lonely life.

I have no words to explain my agony,” said Shiran Anton, whose wife and only daughter died in the attacks.
“I want to find out who the real culprits were behind this attack and why they did it.”

The Catholic Church in Sri Lanka has also been critical of the investigation into the bombings.

Church leaders have repeatedly blamed Rajapaksa’s government for not taking action against former President Maithripala Sirisena and other top officials for failing to prevent the bombings.