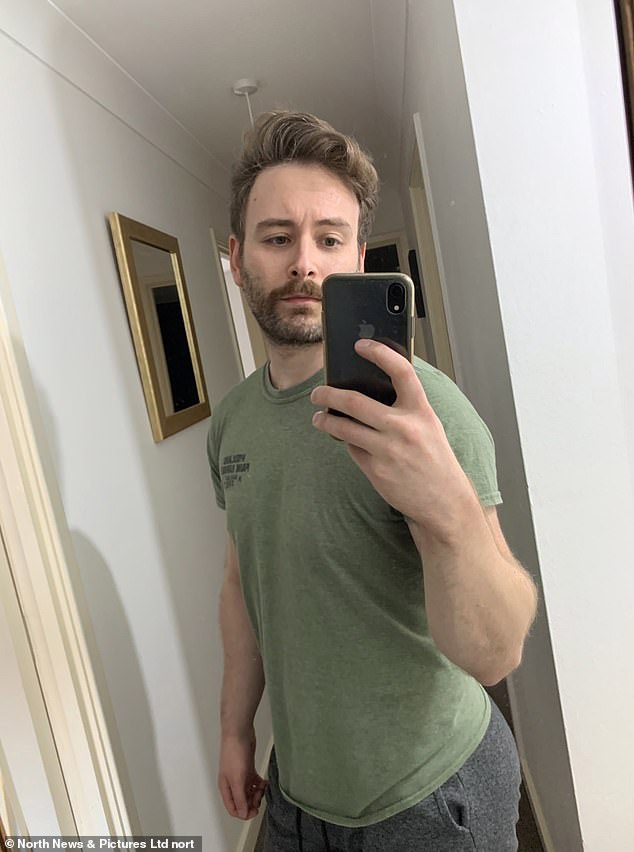 Despite purchasing just five jars of paprika at a cost of 95 pence each, a paprika lover has been awarded the region’s top purchaser.

Paul Anthony Jones, age 39, was recognized as the best purchaser of paprika in 2022 by Sainsbury’s and Nectar.

No one else in the North East purchased more paprika from Sainsbury’s in 2022 than he did, according to a note received by the retailer informing him of the honor.

The author from Newcastle said: ‘I opened my emails and read the review which tells you how much you bought and saved throughout the year.

‘When I scrolled down it said ‘you have bought the most paprika in the North East’ and I thought it was pure comedy.

‘I don’t even buy a lot of paprika, I definitely didn’t think it was enough to win the title.

‘I frequently make a chickpea dish and put the seasoning on roasted vegetables and scrambled eggs but I didn’t think it was that much.

‘I don’t think I earned the title because I have some bizarre paprika addiction, it’s more that other people in the region don’t buy a lot.

‘Maybe they buy smoked paprika or other spices.’

Paul says he only purchased five jars of paprika from Sainsbury’s, each of which cost 95 pence, netting him the top rank for a mere £4.75.

The writer tweeted a screenshot of the achievement with the following caption:

‘This is the single most pathetic moment of my entire life’.

Numerous others were eager to congratulate Paul and express their pride in him.

One commented: ‘I’ve followed you because of this achievement’, and another said: ‘I’m sick of all you Paprika barons with your stranglehold on smoky spices in the North East…’

Marie Gardiner wrote: ‘I mean, that’s still quite a lot of paprika. We have a jar but we’ve had it for ages.

‘You just sparked such a funny debate between the [husband] and me though. “How much paprika would that be?” etc.

‘He said he’d have little badge and trophy made, so you have a fan.’

Paul replied: ‘Marie I bought like maybe five little jars all year, who knew goulash was so unpopular around here.’

Aaron commented ‘I can beat that’ and added his achievement of top buyer of toilet gel in England or Jo, who bought the most ice cream cornets in England, showing an ‘exceptional dedication to the world of ice creams’, as Paul put it.

Marc O’Conner, who purchased the most vegetarian sausages, is another top purchaser from the North East, like Paul.

Others held lesser positions as the top buyer in their local store, such as Petros, who purchased the most cucumbers at Sainsbury’s.

James, who only came third in the ranking of his local Sainsbury’s because he alternates the oat milk he buys, already has a plan for next year in mind: ‘If I stick to one brand I’m sure I’ll be top next time.’

Paul added: ‘I thought it was hilarious so I sent it to my friends first.

‘Then I put it on Twitter and it snowballed. I didn’t expect it to have this response.

‘I went out with my mates last night and when they brought a pint back they asked if I wanted paprika with it so I don’t think I’ll live it down any time soon.’

The paprika lover quipped that he would host a party if he purchases the most in England this year.

He added: ‘Maybe I’ll start working my way down the spice rack, this year I could buy a lot of cumin.

‘If I end up winning the paprika England buyer title this year, I’ll have to throw a party.’