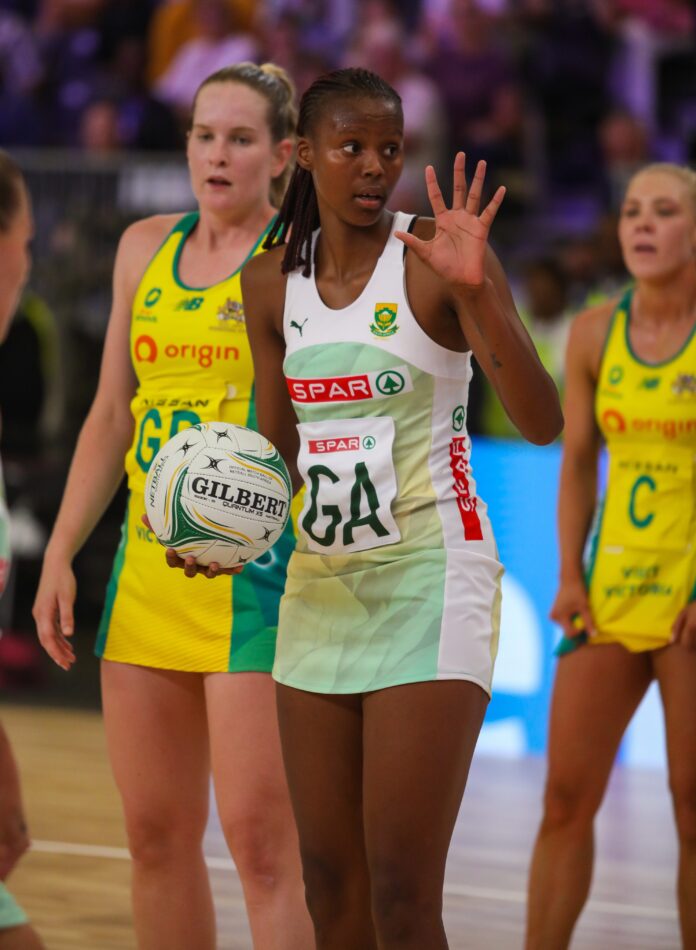 The Netball quad series has reached its conclusion, with South Africa and England poised to compete for the bronze medal in Cape Town on Wednesday afternoon.

The Spar Proteas got off to a great start in the first two quarters, but trailed the top-ranked netball team in the world by seven points at halftime. Despite putting up a valiant effort in the third and fourth quarters, they fell short by a score of 48-65.

The best aspect of the game, though, was the debut of goal shooter and goal assault Owethu Ngubane, who signed a deal with Netball South Africa in October 2022.

“I am ecstatic since I received my first cap today. I’ve waited my entire life for something, and I now have it. “It’s quite exciting to play against Australia, the best team in the world,” remarked Ngubane after the game.

“I was apprehensive, but coach [Norma Plummer] did tell us that there will be some changes, but I did not expect to be on the court today.”

Following a poor start in which they fell to New Zealand 61-41 on Saturday, the Spar Proteas went on to rescue a 46-46 draw against England and a loss to the lovingly named Diamonds of Australia.

Plummer’s squad will seek to complete the series on a good note and settle the score with the Vitality Roses of England.

The Netball World Cup will be held in Cape Town from July 28 to August 6, and the host nation, South Africa, will strive to improve and deliver a championship performance.

New Zealand versus Australia at 18:30 (final)