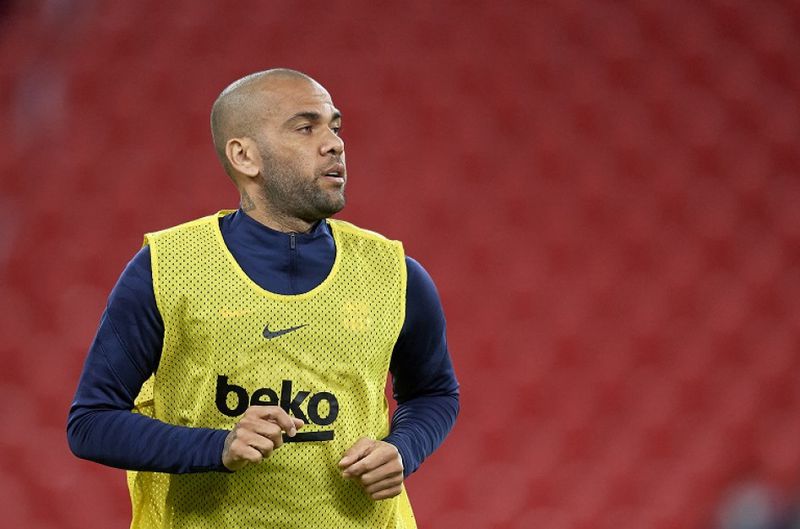 On Friday, a Spanish judge ordered Brazil defender Dani Alves to be held without bail after he was arrested in Barcelona on sexual assault charges.

A judge in Barcelona initiated the action after interviewing the 39-year-old athlete about “events that allegedly took place at a nightclub,” according to a statement from the court.

According to a source with knowledge of the dossier, the judge took the requested action because the court believed Alves would attempt to flee.

His club, Mexico’s Pumas, announced hours later that it had sacked the player because of what it called “just cause.”

Alves, one of the most accomplished football players, was taken into jail on Friday morning after being called to a police station in Barcelona, and was subsequently brought before a court.

On January 2, police in Catalonia received a complaint from a woman accusing Alves of sexual assault.

In Spain, the accusation of sexual assault may refer to anything from unwelcome sexual touching to rape.

A source close to the inquiry informed AFP that Alves is suspected of rape, despite the fact that police refused to discuss the issue in detail.

According to the source, the woman restated her claim before the court on Friday.

According to Spanish media accounts, the alleged sexual assault occurred at a prominent Barcelona nightclub overnight on December 30 and 31.

ABC said that Alves reportedly slipped his hands under a woman’s panties without her permission while she was dancing with her companions and then followed her into a restroom.

She is alleged to have contacted the club’s security personnel, who then triggered the policy against assaults and sexual harassment of the Barcelona city council.

A court in Barcelona said earlier this month that it had begun an investigation “into an alleged crime of sexual assault as a result of a complaint filed by a woman against a footballer.”

Alves has acknowledged his presence at the nightclub at the time in question, but he has denied any wrongdoing, telling the private Spanish television station Antena 3 earlier this month that he had “never seen” the woman before.

“I was there, at that place, with more people having fun. Everybody knows I love to dance. Having a good time but without invading the space of others,” the former Barcelona, Juventus and Paris Saint-Germain player added.

His wife, Spanish model Joana Sanz, told Antena 3 in an interview on January 9 that her husband had gone “out to dinner with friends, to disconnect a bit” on December 30.

“He went out to dance and try to enjoy music as he likes, period. Nothing wrong happened…I know how respectful he is,” she added.

Alves was on vacation in Barcelona after his World Cup participation with Brazil in Qatar.

He was the oldest Brazilian player in the men’s World Cup.

Alves made 408 games for Barcelona throughout his incredibly successful career, with 391 of them coming during his initial stint from 2008 to 2016.

After leaving Juventus in July 2017, Alves joined PSG on a free transfer and spent two years with the Qatari-owned French giants.

In July of last year, after leaving Barcelona for the second time, he was signed by the Pumas.

Friday, the Pumas, who are affiliated with Mexico’s National Autonomous University, announced that they had terminated Alves’ contract.

“The club reiterates its commitment not to tolerate acts by any member of our institution, whoever they may be, that go against the university spirit and its values,” Pumas boss Leopoldo Silva told reporters.