Skip to content
Home » News » News » South Korea should seek for balance between US, China: experts 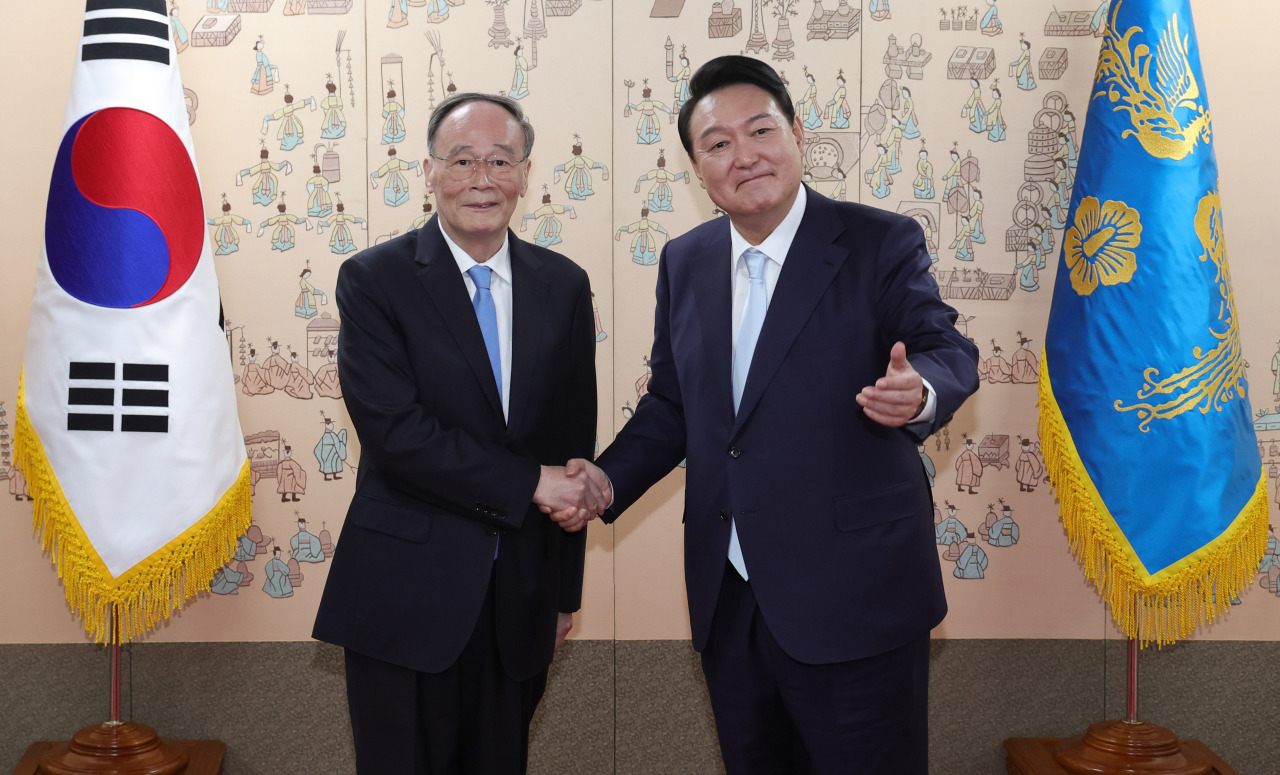 South Korea should sort out its priorities and pursue a strategic partnership with China on an equal standing while maintaining a strong alliance with the US, amid apparent efforts by Beijing and Washington to bolster ties with Seoul, experts said on Wednesday.

To celebrate the inauguration of South Korea’s new president, Yoon Suk-yeol, China sent Vice President Wang Qishan, the highest-level official to visit the country for such an event.

According to Chung Jae-hung, a research fellow at the Sejong Institute, these actions from China reflect its intention to keep the US in check, as the new South Korean president has made clear his intention to build closer ties with Washington.

As the US and China move aggressively to reorganize the world order, it poses a difficult question for South Korea on how it should position itself between the two powers.

It is crucial for South Korea to not tilt too much on one side, so that it can make strategic decisions while maintaining balance, Chung told The Korea Herald.

“The Russia-Ukraine War could be interpreted as a proxy war between the US and the West against Russia. South Korea is also similarly positioned geopolitically, so keeping a balance is important,” Chung said.

But the stance of “strategic ambivalence” followed by the previous administration should be discarded, as it has only weakened Korea’s standing between the US and China, the Institute of Foreign Affairs and National Security said in a report.

The former Moon Jae-in administration had been largely reliant on China for trade and its economy, which affected its security policies. This in turn led to the weakening of Korea’s alliance with the US, the report said.

“We should bolster cooperation over issues on the Korean Peninsula and take care of sensitive issues in a rational manner,” Wang said. China has often referred to Korea’s deployment of the US-made missile defense system as a “sensitive issue.”

Meanwhile, Yoon is moving to reinforce Korea’s alliance with the United States. As the US is likely to launch its Indo-Pacific Economic Framework around the time when the US President Joe Biden visits Seoul and Tokyo later on this month, South Korea is likely to join the group.

“We have maintained that we may participate in regional consultative groups that are open, inclusive and transparent. Against this background, we are positively reviewing the proposal to join the IPEF, and are currently discussing the matter with related countries, including the United States,” South Korea’s Foreign Ministry said on Wednesday.

The US-led entity, which intends to build a regional supply chain with key nations, is widely seen as the US’ efforts to keep China in check from wielding influence in the Asia-Pacific region.