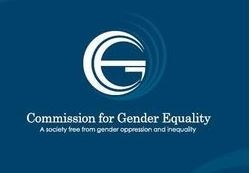 Portfolio Committee on Women, Youth and Persons with Disabilities Chairperson Nonhlanhla Ncube-Ndaba, has commended the Commission for Gender Equality’s (CGE) decision to place Commissioner Mbuyiselo Botha on precautionary suspension after his verbal attack on fellow commissioners.

In a recording, which was doing the rounds in the media, Botha is heard objectifying and demeaning the CGE Chairperson Tamara Mathebula, her Deputy Nthabiseng Moleko and two other Commissioners, Nomasonto Mazibuko and Advocate Nthabiseng Sepanya Mogale.

In a sound clip Botha is heard calling Mazibuko an albino and accuses Mathebula of lacking a backbone.

Ncube-Ndaba said referring to someone as an albino is an unacceptable derogatory characterisation of South Africans who experience disabilities.

“Furthermore, it is a shocking gross discrimination that belongs to the dark era of apartheid,” Ncube-Ndaba said.

Last week, the commission appeared before the committee on among other things, the CGE’s response to Commissioner Botha’s matter and the key operational matters of concern.

The CGE reported that Botha will appear before a disciplinary hearing that the CGE has instituted.

Ncube-Ndaba said the suspension of Commissioner Botha and his appearance before a disciplinary committee for a hearing is befitting and justifiable for the gross and shocking discrimination heard in the recording.

“We are looking forward, as the committee to the outcome of the internal disciplinary hearing and wish it to proceed well,” Ncube-Ndaba said. – SAnews