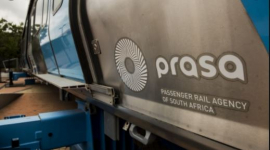 The Board of the Passenger Rail Agency of South Africa (PRASA) has seconded the Special Investigating Unit (SIU) to investigate corruption, which includes the presence of ghost personnel, theft of money, and violations of supply chain management (SCM) standards.

During its Tuesday meeting, the Board reaffirmed its stance that corruption would not be condoned.

“The Board has already received a preliminary report on the existence of the ghost workers and there is a clear prima facie evidence that there are explicit records for wrong doings.

“The Board has received reports that warrant it to investigate further and engage the law enforcement agencies to recover monies that have been misappropriated by the defrauding of the Insurance Companies,” PRASA said.

In addition, the SIU has been asked to carry out lifestyle audits.

Employees of PRASA will be subjected to this investigation, which will be conducted by the SIU to uncover any sort of wrongdoing.

In addition, the inquiry shall examine the violation of SCM procedures by any employee, including but not limited to SCM committee members, given as follows: Bid Specification Committee, Bid Evaluation Committee and Bid Adjudication Committee.

“The Board has received unpleasant reports that there are deliberate attempt to sabotage the awarding of critical tenders which will unlock modernisation and alleviate unemployment and poverty. Such actions will also form part of the scope of investigations by SIU.

“The Board is further looking for other irregular matters as pointed out in various forensic reports that should be included in the proclamation by the President,” PRASA said.

Employees of PRASA are urged to cooperate with seconded SIU members in order to expedite and conclude these matters.

“All efforts are to restore PRASA’s mandate of offering affordable and better services to the people of South Africa,” the agency said.