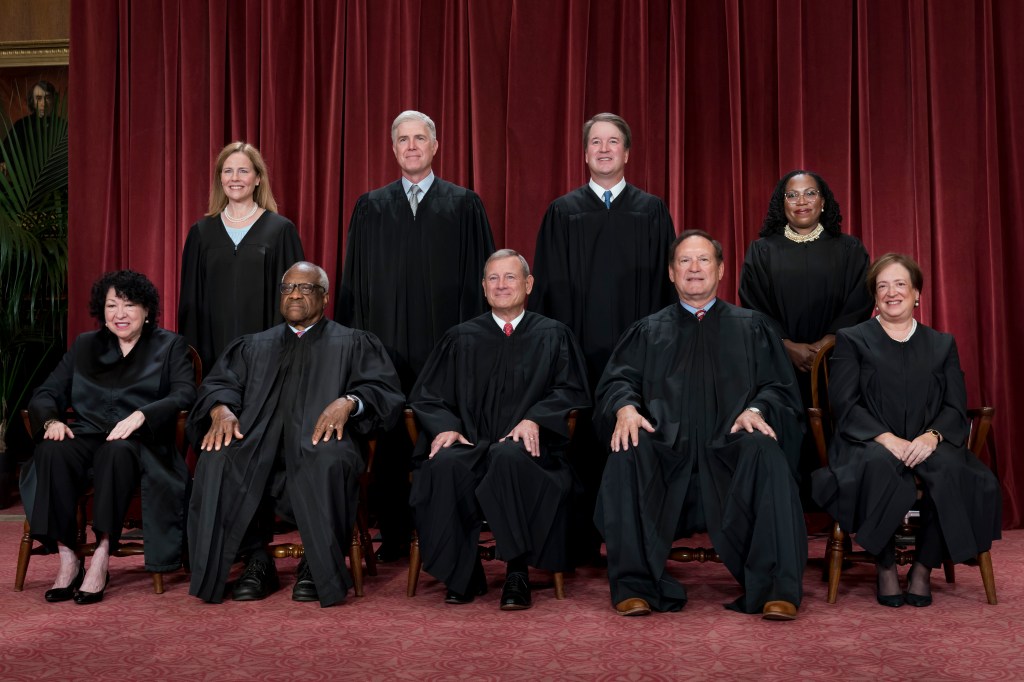 Wednesday, liberal Justice Sonia Sotomayor told legal educators that she felt “despair” at the course the US Supreme Court took during its previous term, when its conservative majority destroyed the constitutional right to abortion.

Sotomayor, who has dissented in critical decisions, such as the abortion decision, as the court’s conservative majority of 6-3 has grown more forceful, characterized herself as “shell-shocked” and “very unhappy” as her term expired in June.

Sotomayor stated before hundreds of law teachers at the annual convention of the Association of American Law Schools in San Diego via live broadcast, “I did feel hopeless about the direction my court was taking.”

Sotomayor did not cite by name Dobbs v. Jackson Women’s Health Organization during her hour-long chat with Erwin Chemerinsky, dean of the law school at the University of California, Berkeley. Neither did she discuss the May leak of a draft version of the ruling, which occurred prior to its official release the following month.

In the Dobbs decision, the court voted along ideological lines to preserve a Republican-backed Mississippi legislation prohibiting abortions beyond 15 weeks of pregnancy by a vote of 6-3 and to reverse Roe by a vote of 5-4.

Sotomayor stated that she will continue to “tilt at windmills” and write dissenting opinions despite the court’s gradual shift to the right.

By a vote of 6 to 3, the Supreme Court upheld a Mississippi law that prohibits abortions beyond 15 weeks of pregnancy.
AP

Sotomayor stated, “To give in to despair is not an option.” “I must get up and continue fighting.”

The conservative justices have demonstrated a growing readiness to tackle controversial matters and shift the court in a more conservative direction.

The current term of the court, which began in October, may be just as significant as the last one. Potential verdicts may abolish affirmative action measures used by colleges and universities to encourage enrollment of Black and Hispanic students, cripple the Voting Rights Act, and make it easier for companies to refuse service to LGBT individuals on the basis of their free-speech rights.

The current conservative supermajority on the Supreme Court was established with the appointments of Neil Gorsuch in 2017, Brett Kavanaugh in 2018, and Amy Coney Barrett in 2020.

Sotomayor’s remarks follow months of public pronouncements by justices signaling an ongoing dispute over the institution’s direction and legitimacy. Polls indicate that public approval of the judiciary has reached record lows.

In September, liberal Justice Elena Kagan stated that the legitimacy of the court could be jeopardized if Americans perceive its members as attempting to impose personal preferences on society. In October, conservative Justice Samuel Alito, author of the Dobbs opinion, cautioned against calling into question the court’s credibility.

Chemerinsky stated at the conference on Wednesday that he had never seen his legal students so pessimistic about the Supreme Court. Sotomayor stated that there is value in attorneys battling for injured parties, even if they ultimately lose.

Sotomayor, who was appointed to the court by former Democratic President Barack Obama in 2009, expressed faith that the court’s future direction will alter.

“It may take some time, but I am confident that we will regain our footing,” Sotomayor continued.