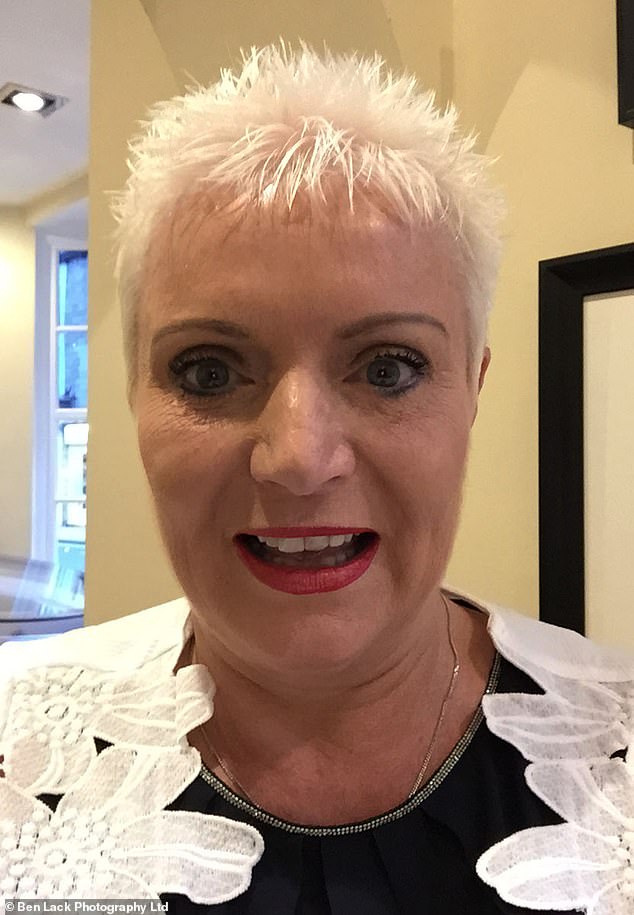 An inquest heard that a lawyer perished in a “extremely” fast-moving house fire caused by a candle as she attempted to save her five pet dogs.

67-year-old Lynda Greenwood succumbed to smoke inhalation in the blaze that blasted through her rural house in Brearton, North Yorkshire, on April 2 evening.

She had been conversing with her sister-in-law on her iPad in an upstairs room until 9:21 p.m., and by the time neighbours dialed 999 at 10:05 p.m., the entire house was ablaze.

The fire was sparked by her previous lighting of a candle given to her as a gift while her daughter Camilla was visiting the home, according to the findings of the inquest.

The body of Ms. Greenwood was discovered on the first floor of the residence, next to a door leading to the kitchen.

She disregarded a more convenient exit in order to save her four Yorkshire terriers and one Romanian rescue dog, who were trapped in a room at the opposite end of the home.

Two neighbors were able to get access to the conservatory and save three dogs.

Initial speculation suggested that one of the dogs may have knocked the candle onto the coffee table, however this was swiftly disproven.

The investigators found that it was more likely that a draft from the doorway had carried flammable material, such as paper, into the fire.

Coroner Catherine Cundy, in determining that her death was a tragic accident, stated, ‘Lynda underwent foot surgery and was wearing a protective boot, which may have acted as an impediment.

‘Alcohol was detected in her circulation, consistent with her enjoyable evening with her daughter, and this may have contributed to a degree of confusion.

I believe that the unattended candle was the most likely cause of the fire, but many aspects of this case are hard to explain. The fire spread really rapidly.

Ms. Greenwood, a divorcee, purchased the old home, which had been enlarged, in 2004 and has lived there alone since her daughter moved out and her parents, who lived in a garden annexe, died in 2021, according to evidence presented at the inquest.

In 2016, a fire caused by a malfunctioning boiler destroyed the kitchen, which had to be rebuilt. This was the second fire to occur at the residence.

Ms. Greenwood was well-known in her local business community.

Her daughter Camilla, who also went on to become a lawyer and is now the firm’s director after her mother’s passing, stated that she was “not really a lover” of candles and did not generally enjoy getting them as gifts.

She described her as “competent, intelligent, active, and organized.”

Camilla stated that her mother inspired her to pursue the legal field, but she desired to build her own path.

Taking over her mother’s business felt like a significant way to honor her and the contributions she had made to the local community since founding the company in 1991.

“Lynda deserves to be celebrated, as she lived each day to the utmost,” the company stated in a statement. She touched the hearts of all those she encountered.

She was snatched from us in the most tragic of circumstances, according to the eulogy.

Ms. Greenwood’s family, friends, and previous clients were encouraged to make a donation to Desperate Dogs Romania in her honor, further demonstrating her commitment to animals.

A member of the organization’s staff stated, “Lynda Greenwood was a fantastic supporter of Desperate Dogs Romania; she helped us during difficult times.”

As a symbol of respect for her devotion to the Everton football team, mourners were also urged to wear blue at her funeral.

Harrogate Toffees, an official club for Everton supporters, reported that Ms. Greenwood enjoyed taking the bus to Goodison Park whenever possible. She would return happy regardless of the outcome.

Her daughter highlighted the good experiences she had as a club member throughout the years, stating, “In 2021, Lynda became a season ticket holder. Being an Everton fan transformed her social life, and she became a true blue.

The house was adorned with Everton memorabilia and decked in blue while the inhabitants sang football chants.