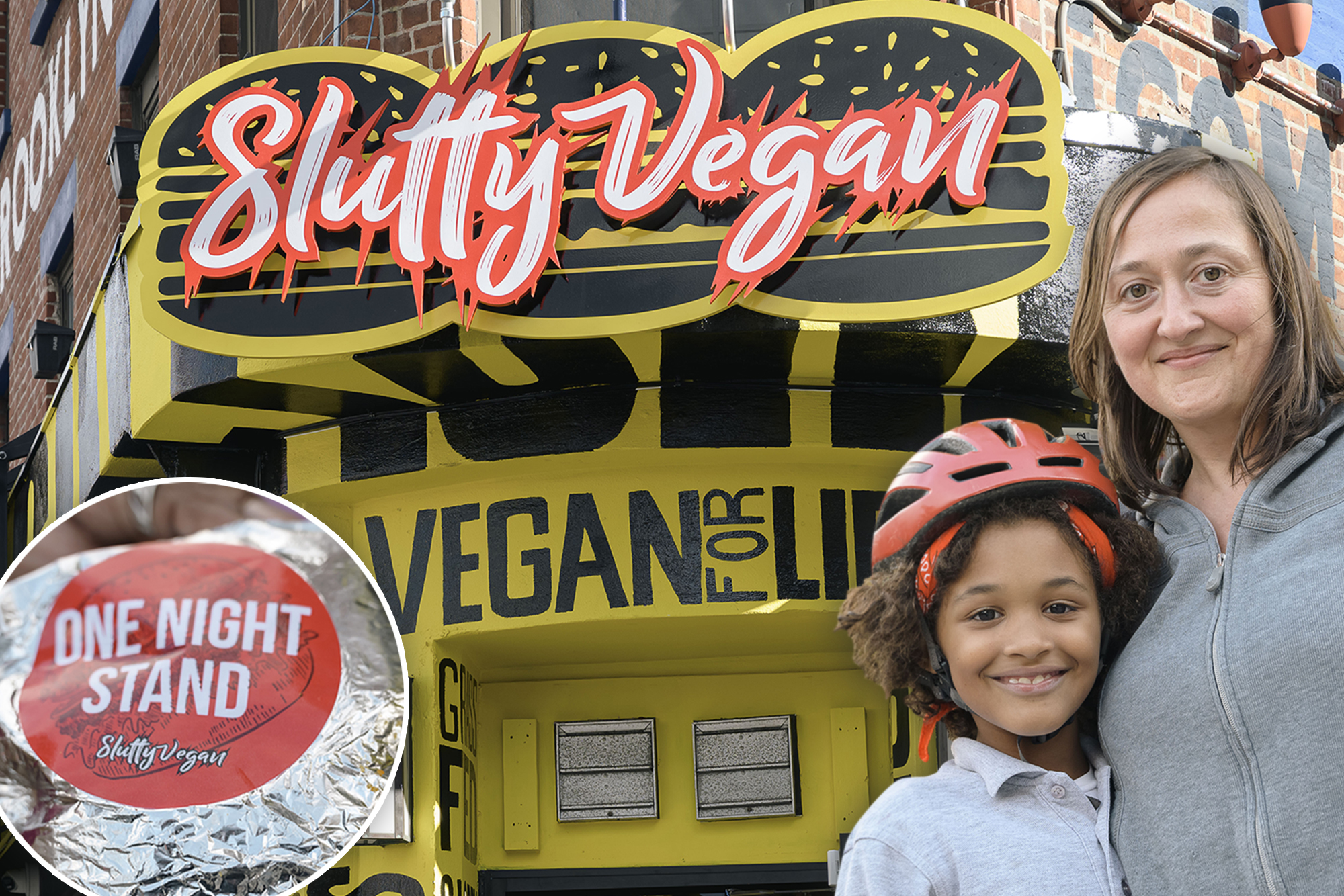 The inviting environment and wonderful comfort cuisine pleasantly pleased me.

When I arrived, the line wrapped around the corner.

Since the restaurant is closed on Sundays and Mondays, I opted to visit the fast food place on the following Tuesday to avoid the opening day lines.

When my roommate and I arrived, the queue was modest, but it expanded to the length of an entire city block as we waited. Even though the waiting line was long, personnel helped organize and inspire customers. The receptionists sung along with the music playing inside and engaged us in discussion.

The right side of the restaurant is lined with products, while the left side houses the kitchen.

When my roommate and I entered the space, I was shocked by how little it was. Without a seating area, the interior consists of solely the kitchen and a wall of items. While placing our order, Ariana Grande’s “7 rings” played, and we sang along with the kitchen staff.

After obtaining our dinner, we had to find a location to eat it. We sat on a seat across the street, and I was sad to leave the restaurant’s carefully manicured atmosphere.

The “One Night Stand” burger was one of three options available.

The two of us immediately received our orders but were forced to leave the lively music and enthusiastic staff behind. In a perfect world, the Brooklyn location would provide outdoor and indoor dining options for diners to enjoy their vegan meals.

After removing the burger from its packaging, it smelled great and resembled a greasy diner burger in appearance.

The burger was significantly more wonderful than it appeared, and I will return.

Even though the burger seemed unattractive, we were eager to take our first bite. The “One Night Stand” was an almost flawless imitation of a delicious burger. The vegan bacon threw me off a bit, but the rest of the burger reminded me of the fatty comfort food I’m accustomed to eating as a non-vegan.