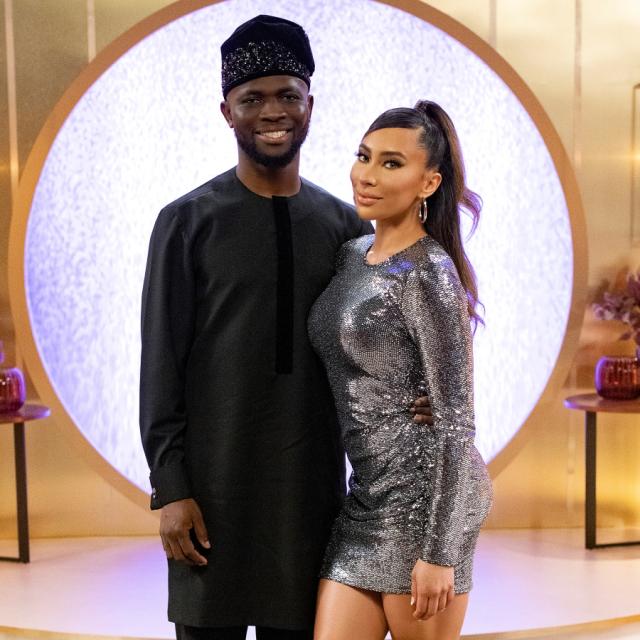 Love Is Blind throws another obstacle your way just when you believe things can’t get much messier. Raven Ross and Sikiru “SK” Alagbad, the star pair of Season 3 of the reality show, have confirmed their separation through Instagram following adultery claims. Before issuing a joint statement, the pair erased photos of each other from their Instagram accounts.

Raven posted on her Instagram Story last night (November 20): “We regret to report that we have decided to go our own ways.”

She stated, “Due to ongoing legal actions surrounding these claims, we are unable to give any information and ask that you respect our privacy during this difficult time.” Thank you for believing in us and following our love journey.

Raven continued, “This adventure has irrevocably altered our lives, and we are so thankful to everyone who has participated. Your love and support are irreplaceable.”

But wait on… how did we get here? And what legal consequences may possibly result from their separation?

Raven and SK did not come together easily, as fans are aware. At the conclusion of Season 3, they chose not to marry. SK’s response of “I do not” was disappointing to both his family and the viewers of Love Is Blind, but Raven’s response of “I do” was immediate. Some even accused him of gaslighting his girlfriend due to the fact that we never observed him expressing misgivings about his approaching marriage.

Nonetheless, Raven and SK’s sadness was brief. While the reunion segment, the pair admitted they had remained dating and were in a relationship during shooting.

A week ago, though, their relationship began to deteriorate when SK became embroiled in a series of adultery claims published on TikTok. Last week, TikTok user @emmywho9 (who has since deleted her account) posted a video with the caption, “Put a finger down if you went on a date in April with a guy from Hinge and then found out he was on the program Love is Blind and met you after the show was taped but is still with the same female.”

She continued by displaying screenshots of her purported conversation with SK, stating that she had sent their messages to Raven.

Another user, @hannahbethstyle, posted a video with the caption, “When your ex brings you to Europe and talks about getting back together, but on the trip you find out he has a ‘fiancée’ from a Netflix reality program he did, but then he tells you it’s all for $…” She also said that SK often told her she would meet his “false fiancée,” which she claimed never occurred.

The Dallas fashion influencer bolstered her accusations with an additional video over the weekend, but Raven disputed the charges on social media, stating, “rumors are rumors.” Before the breakup was officially announced, @hannahbethstyle released a second video with the statement, “Women must stop collectively defending bad guys. Enough.”

Now, onto the legal aspect of everything. Fans are perplexed by Raven and SK’s reference to “ongoing legal actions.” Who is being sued? It is possible that the pair may sue for social media defamation after users disseminated suspicions that Raven and SK only participated in their relationship for public relations and financial gain. And there is always the risk that Netflix is acting in reprisal for contract breaches if these allegations are proven true.

Chris Coelen, creator and executive producer of Love Is Blind, has always emphasized the need of “authentic” casting. In an interview with Variety in 2020, he indicated that the program seeks “those who are honest and who truly desire a long-term relationship.”

“There are a lot of fantastic programs in which individuals discover love, but they’re not really that serious. We desired individuals that are sincere,” he said. “That was really the primary criterion. Beyond that, a specific relative age range is all that remains.”

The application for the upcoming season of Love Is Blind highlights the quest for “single men and women” to feature on the show. SK might be in a bit of a dilemma with the streaming giant if it’s true that he wasn’t single the entire time.

While we had previously theorized that Matt, Cole, and Bartise were the villains of the most recent season of Love Is Blind, we are now beginning to question whether SK was the true culprit the entire time.

Netflix was sought for comment, but no response was received prior to publishing.

The first three seasons of Love Is Blind are presently available on Netflix.