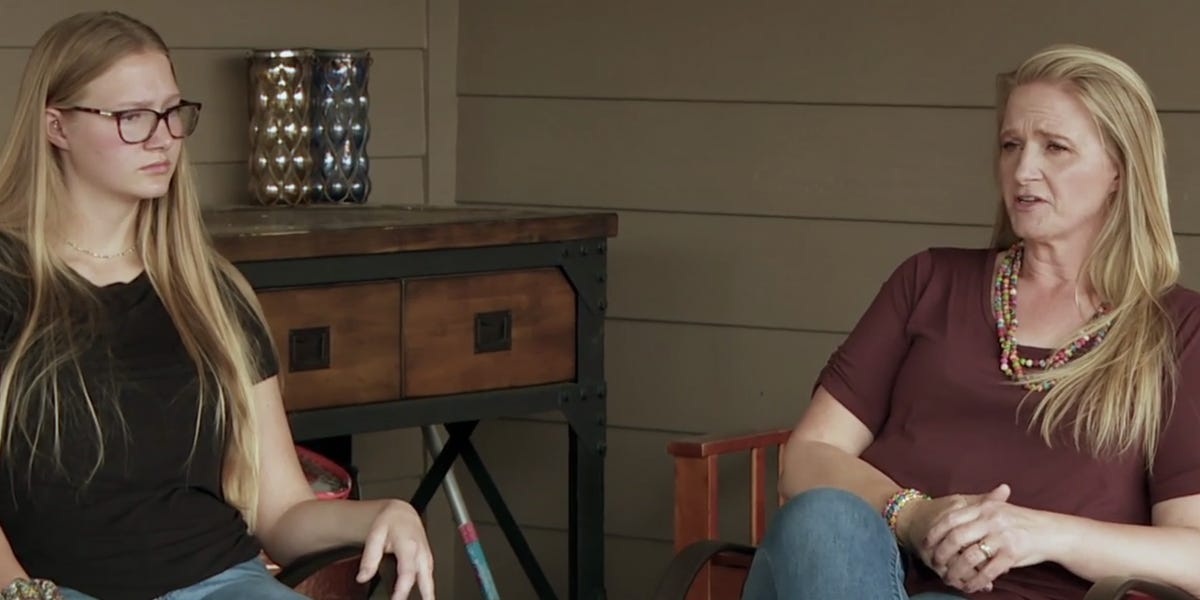 Sunday’s episode of “Sister Wives” on TLC featured Ysabel Brown being up about how her mother Christine Brown has been managing her divorce from Kody Brown.

Ysabel stated in a solo interview that her mother “had been going through a tough period” since her separation from her “spiritual” husband Kody after more than 25 years of marriage.

Ysabel acknowledged that she, too, had struggled with her parents’ separation. “However, I believe she relied on me, which is not necessarily a bad thing,” the now 19-year-old continued. “Therefore, I believe the house became rather tense and emotional.”

The adolescent stated that her mother reached out to her when she was “going through it.” She admitted that “it is difficult for a small child to watch their mother in such a depressed mood.”

Although it was a difficult year, it drew Ysabel and Christine closer together. During the episode, Christine dropped Ysabel off at her half-sibling Madison Brush’s house in North Carolina to begin college, and the mother and daughter emphasized how difficult it would be to not see each other.

Christine stated that she told Ysabel she wanted to visit her in a month, but Ysabel stated that they had to wait longer lest she want to return home with Christine.

“It is preferable for her to be able to live independently as opposed to being dependent on me. Additionally, for me to no longer require her “Ysabel addressed the camera.

The manner in which Kody treated Ysabel in the past contributed to Christine and Kody’s separation. Christine told People reporter Emily Strohm that Kody’s decision not to accompany Ysabel to the east coast after her scoliosis surgery was a “wake-up call.”

“He broke my daughter’s heart,” Christine remarked to Kody’s family and friends. The COVID-19 pandemic was the reason for his decision not to travel.

“I find it quite difficult to stay with a man I don’t respect,” she continued. I understood we did not have a true partnership due to my need for more communication and trust.

Christine told the cameras on Sunday’s program that she is well aware that her decision to leave Kody will radically alter the future dynamics of the Brown family as a whole. She stated, “That keeps me up at night.”