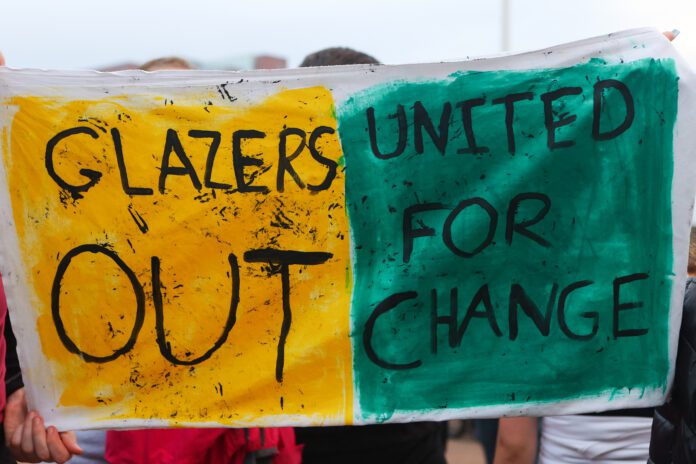 Sir Jim Ratcliffe, a British billionaire, has reaffirmed his interest in purchasing Manchester United following the Glazer family’s November 2022 announcement that they are considering selling the English Premiership League club.

According to the British publication The Times, Ratcliffe’s company INEOS has formally joined the bidding process to acquire the English giants, and many other parties are expected to enter the competition as well.

“We have formally entered the bidding process,” stated a representative of the company.

The current developments follow calls for the Glazer family to step out, which culminated in a protest outside Old Trafford Stadium in 2022 by hundreds of United supporters opposed to the troubled club owners.

This season, Manchester United has dominated all of the best teams, yet we continue to protest. The notion that we only protest when we lose is a massive myth. #GlazersOut picture: 5XtUbqy0KX on Twitter

During a heated interview with Piers Morgan, newly-signed Al-Nassr forward Cristiano Ronaldo criticized the Glazer family, stating that the owners do not care about the football club.

“The club’s owners, the Glazers, do not care about the club. Professionally and athletically, they could care less, in my opinion. I never ever spoke to them, never!” Ronaldo exclaimed prior to his departure in late 2022.

United are now in good form under manager Erik Ten Hag, entering the title battle alongside runaway leaders Arsenal and second-place Manchester City for the first time ever.