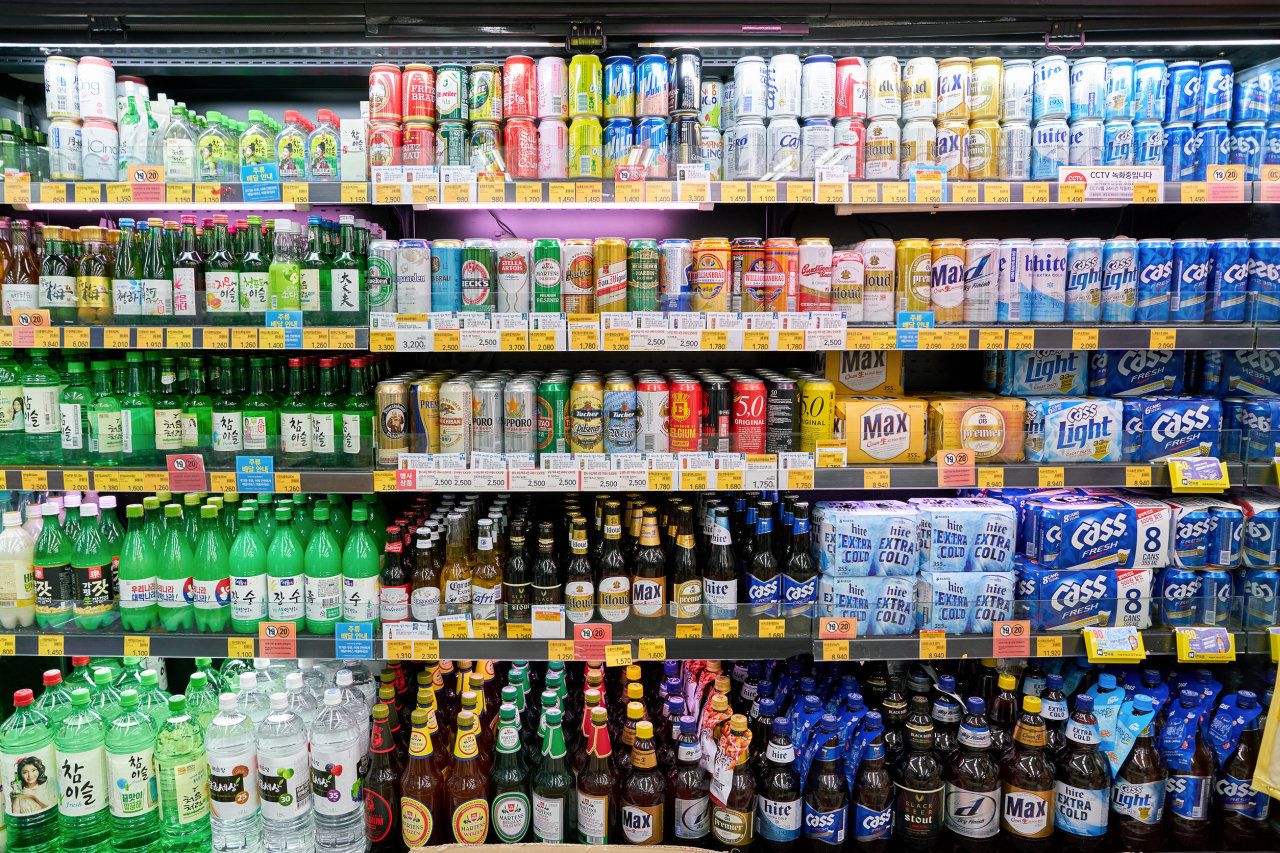 According to the Korea Rural Economic Institute’s report that analyzed the Statistics Korea’s data from 2021, single-person households made up 10.6 percent of the total processed food spending on alcoholic beverage whereas households with two or more people made up 7.3 percent.

The report showed that younger people living alone were the most avid alcohol consumers as single-person households in their 20s and 30s spent 15.6 percent of total processed food spending on buying alcohol, the biggest proportion among all household types by age.

The report said the monthly spending on alcoholic beverages has steadily increased to 17,449 won ($14), up 11.3 percent on year. Between 2010 and 2021, the average annual growth rate of alcoholic beverage spending was 7 percent, it added.

The type of drink also varied depending on the household’s income, according to the report.

Refined grains, such as flour, rice and bread, took the biggest portion of processed food spending at 20.6 percent, regardless of the size or income level of households, the report showed.