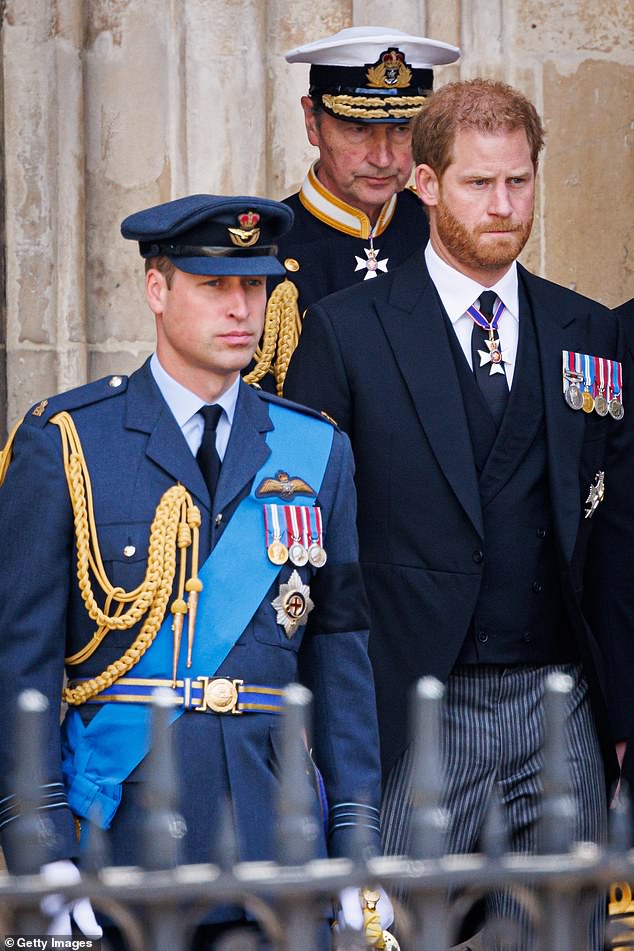 According to royal experts, Prince William has “barely spoken” to Prince Harry since news of his brother’s memoir Spare broke.

The Royal Family is reportedly “on tenterhooks” in anticipation of the memoir’s publishing on January 10 and has attorneys on standby.

Prince William, age 40, has hardly spoken to his brother Harry, age 38, since news of the book’s publication broke.

The contentious book will be titled Spare, which is a reference to the author’s position as the younger brother of the heir apparent.

Angela Levin, a royal author, stated that she believed the palace was on “tenterhooks” awaiting the book’s release.

They have attorneys prepared to read it, but they won’t see it until it is published. If it’s too boring, the millions they’ve already paid him won’t be worth it,’ she told The Sun Online.

Publisher Penguin Random House described the explosive book as follows: ‘With its raw, unflinching honesty, Spare is a landmark publication filled with insight, revelation, self-examination, and hard-won wisdom about the eternal power of love over grief.

Two young boys, two princes, walking behind their mother’s coffin while the world watched in sorrow and horror.

As Diana, Princess of Wales, was laid to rest, billions pondered what the princes must have been thinking and feeling, as well as how the remainder of their lives would unfold.

Before yesterday’s announcement, family members were not informed of the book’s title, and the Spanish-language version is even more ominous, with the subtitle En La Sombra, or “in the shadow.”

The publishers of the delayed memoir have made it clear that Harry will not avoid sensitive topics, such as the family’s decision to encourage him and his older brother Prince William to walk behind the coffin of their mother, Diana.

He could also reveal which member of the monarchy allegedly made a racist remark about the potential skin tone of his unborn son Archie, or shed light on his strained relationship with his father and difficult times with Prince William.

Since Harry and Meghan Markle relocated to the United States, the brothers’ relationship has been strained.