Angry consumers exacted their vengeance on a careless motorist who drove across two parking spots at a popular shopping center.

On Sunday morning, an onlooker photographed a black Jaguar straddling two parking spaces at Canberra’s Belconnen Westfield. Over a 30-minute period, the shopper uploaded photographs of an increasing number of trolleys being utilized to obstruct the automobile. ‘I adore how petty Canberrans can be,’ she said. 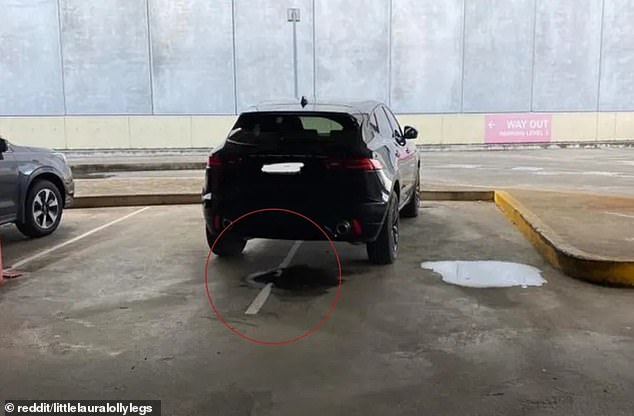 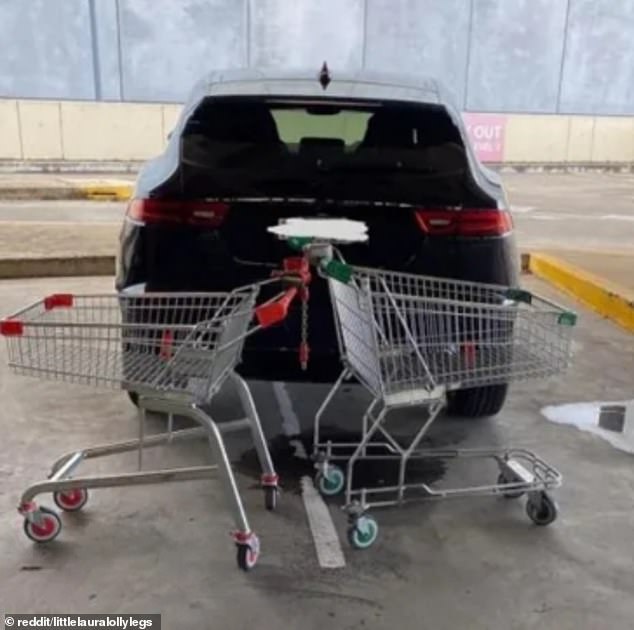 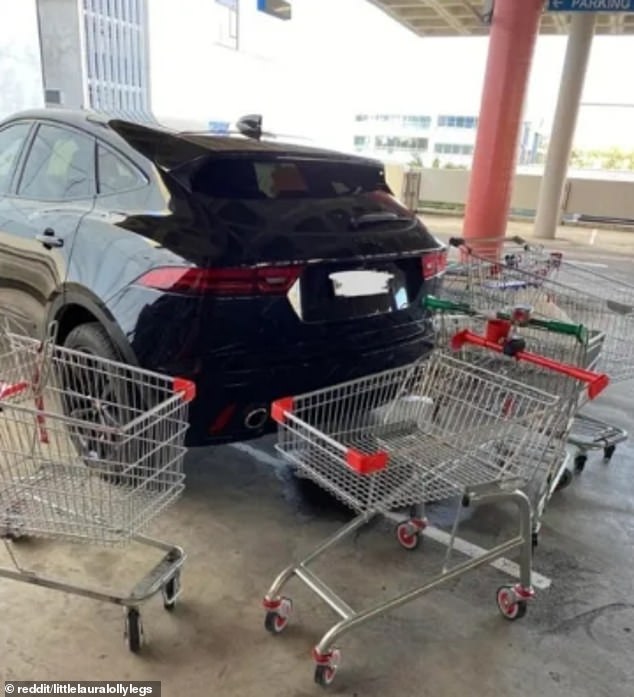 Within 30 minutes, up to five trolleys had been linked up behind the Jaguar.

One social media user remarked on the photo, ‘The trolleys have been linked together, around the Jaguar, where it will stay for all eternity.’ One user advised attaching a trolley to the car’s doors, while others praised the shoppers’ act of vengeance.

Another wag said that terrible parking was not uncommon in the capital, with an entire social media website devoted to the city’s ‘Parking Fails.’