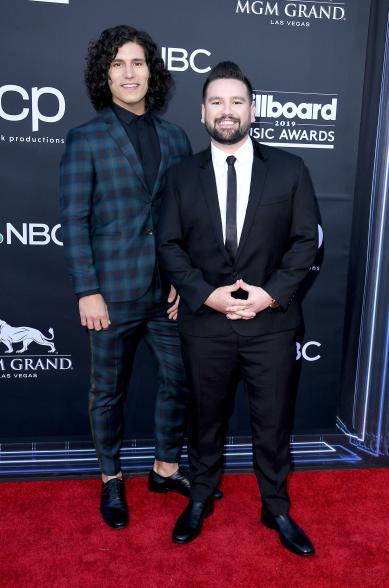 “Consistency. I transformed my entire world in just six months. No tricks or trends. Monday, the 31-year-old said on Instagram, “Just consistency.”

He said, “If that exhausted guy on the left can do it, so can you.”

In the “before” photo, Mooney stood in front of a mirror wearing only a pair of black Calvin Klein boxer underwear to display his bigger figure.

In contrast, in the “after” selfie, he wore gym shorts to showcase his newly toned physique and appeared to have lost about half of his body weight.

You ought to feel proud! Carrie Underwood wrote.

Country singles by Mooney and his bandmate Dan Smyers include “Speechless” and “10,000 Hours.”

Mooney earlier stated on social media that he decided to lose weight since he “could not recognize” himself.

On December 2, he stated, “I reached a level mentally and physically that I will never return to.” “It is important what we consume. Who you spend your time with is important. What you choose to spend your time on is important. I am very grateful to the individuals in my life who assisted me in making a shift. No one compelled me to do this. I desired a life transformation for myself.”

Mooney and his wife Hannah Billingsley are the parents of Asher and Ames.

Last October, Mooney disclosed in a different post that he lost weight by “eating clean/not drinking alcohol and walking seven miles per day.” In addition, he included “some weights” in his workout.

The Grammy-winning musician and his wife, Hannah Billingsley, are expecting their third child together.