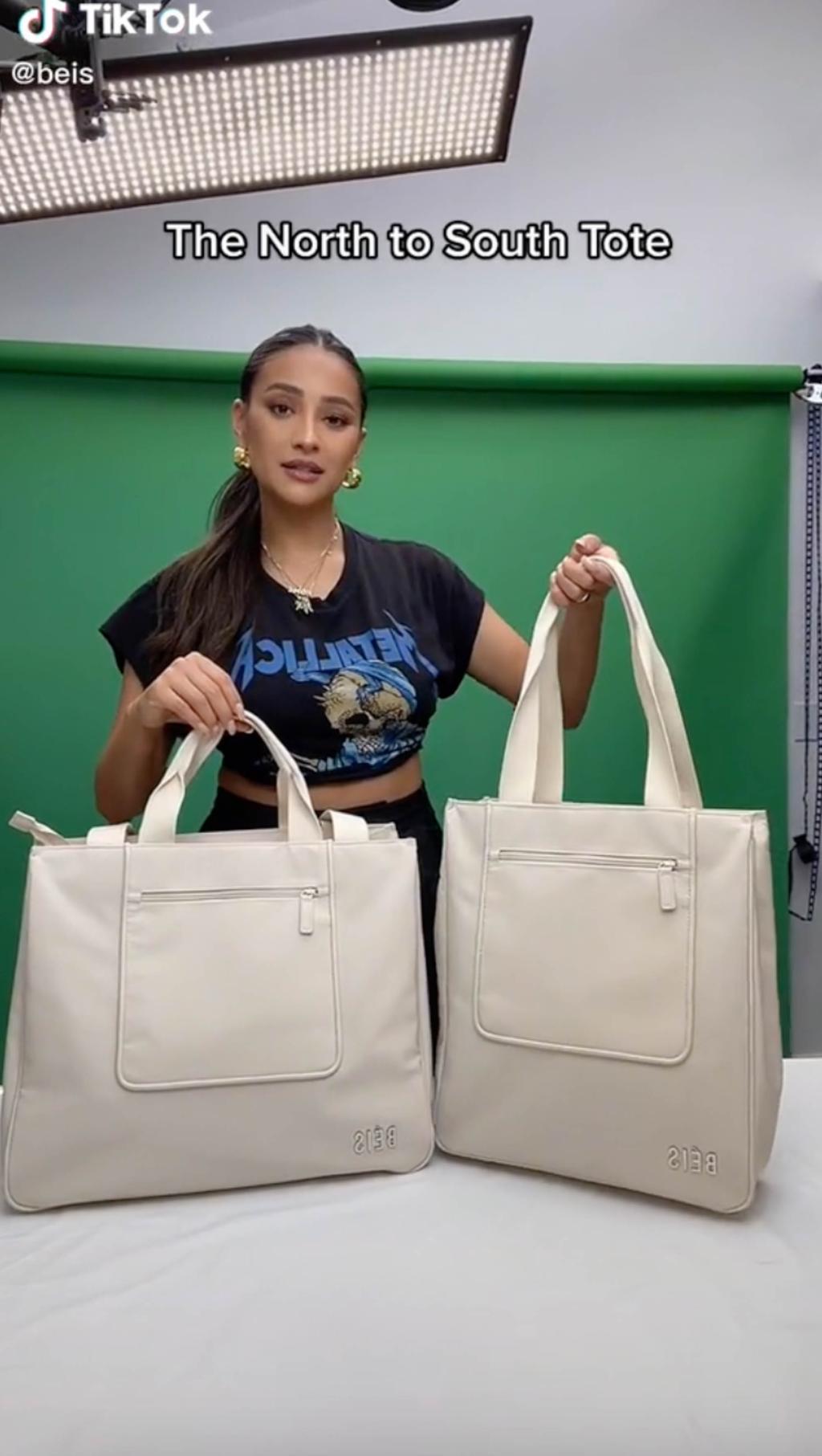 The actress, whose business has established an online cult following, stated that she took “extraordinary measures” to appeal to Gen Z shoppers.

“TikTok has been important in elevating our brand’s voice and story in a natural and humorous manner,” she told Page Six Style in an exclusive interview.

She credited TikTok users and Gen Z consumers with helping the brand grow.

“Gen Z tends to be cognizant of the brands they support, [so] we’ve taken great effort to establish a brand with integrity and a finger on the pulse of what’s occurring.

“I want [Bèis] to be the travel brand of choice.”

The 35-year-old “You” actress debuted her first line of luggage in 2018, and has since expanded the brand’s goods to include totes and diaper bags designed in partnership with model Elsa Hosk.

Mitchell stated that her team’s efforts were yielding “genuine support” from customers, as proven by the abundance of user-generated material on Instagram and TikTok.

She continued, “I also believe [Gen Z] likes our product and process clarity.”

“We want to provide consumers with a comprehensive view of a collection or design by showcasing our items online in an entertaining manner that seems like entertainment.”

She acknowledged TikTok users and Gen Z consumers for contributing to the growth of the company.

The mother of two, who shares 3-year-old daughter Atlas and 5-month-old baby Rome with her longterm partner Matte Babel, recently became viral on the site when admirers assumed she came out as bisexual.

In the video, which was published a month ago, Mitchell stitched a TikTok user who asked, “If you identify as bisexual, do you possess a green velvet couch?”

The star of “Dollface” then recorded herself seated on her own green velvet sofa.

Several fans pointed out that Mitchell portrayed a lesbian character, Emily Fields, on “Pretty Little Liars” and a bisexual one, Peach Salinger, on the Netflix smash “You.”

Mitchell has not responded to the rumors.