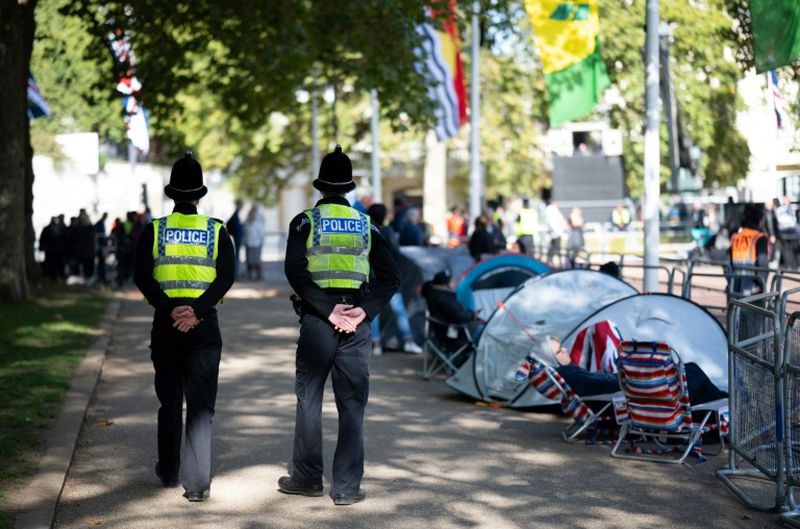 Tuesday marked the formal dismissal of a British police officer who admitted to 24 counts of rape against 12 women and a spate of sex offenses spanning two decades.

Assistant Commissioner Louisa Rolfe of the Metropolitan Police stated that David Carrick’s case was “sickening and horrific” and has “far-reaching consequences” for policing.

“I truly hope to never see anything like it again,” she told an internal disciplinary inquiry that was convened after Carrick’s courtroom disclosures.

Carrick, 48, had been suspended from his work in an armed squad protecting MPs and foreign diplomats when the allegations came to light in late 2021.

Additionally, a Pakistani court freed a rapist who agreed to marry his victim.

Typically, police misconduct hearings are place after criminal procedures against an officer have concluded.

In contrast, Carrick’s trial was expedited following his guilty pleas on Monday and was unusually open to the media because of the great concern over his misdeeds.

He added that they had had a “catastrophic” effect on his victims and their families, as well as undermined confidence in the police force.

Rolfe stated that the citizens of Greater London expect police officers to enforce the law and protect women from violence.

A serial rapist has been convicted of 90 charges of rape.

“PC Carrick acted in the opposite manner.”

Carrick, a former soldier who did not attend the hearing and was not represented by counsel, was terminated for severe misconduct.

On February 6, he will be sentenced in court over the course of two days.

Rowley, who recently assumed leadership of Britain’s largest police department in September of last year, has been put under immense strain by his criminal behavior.

Two years prior, the conviction of another officer for the kidnapping, rape, and murder of a young woman had already damaged public confidence in the Metropolitan Police.

Carrick served in the same unit as Wayne Couzens, who is currently serving a life sentence for the murder of Sarah Everard in 2021.

In both instances, however, inadequate screening methods that may have revealed the offenders earlier were identified.

No action was taken against either Couzens, who was accused of exposing himself in 2015, or Carrick, who was the subject of a number of charges.

Two government reviews on the Metropolitan Police and other forces in England and Wales determined that background checks were weak and a culture of impunity existed.

Rowley has vowed to “go after the racists and misogynists who are undermining us,” resulting in an onslaught of disciplinary actions against officers.

More than 1,600 claims of sex offenses and domestic violence against slightly more than 1,000 officers and staff of the Metropolitan Police are currently under consideration.