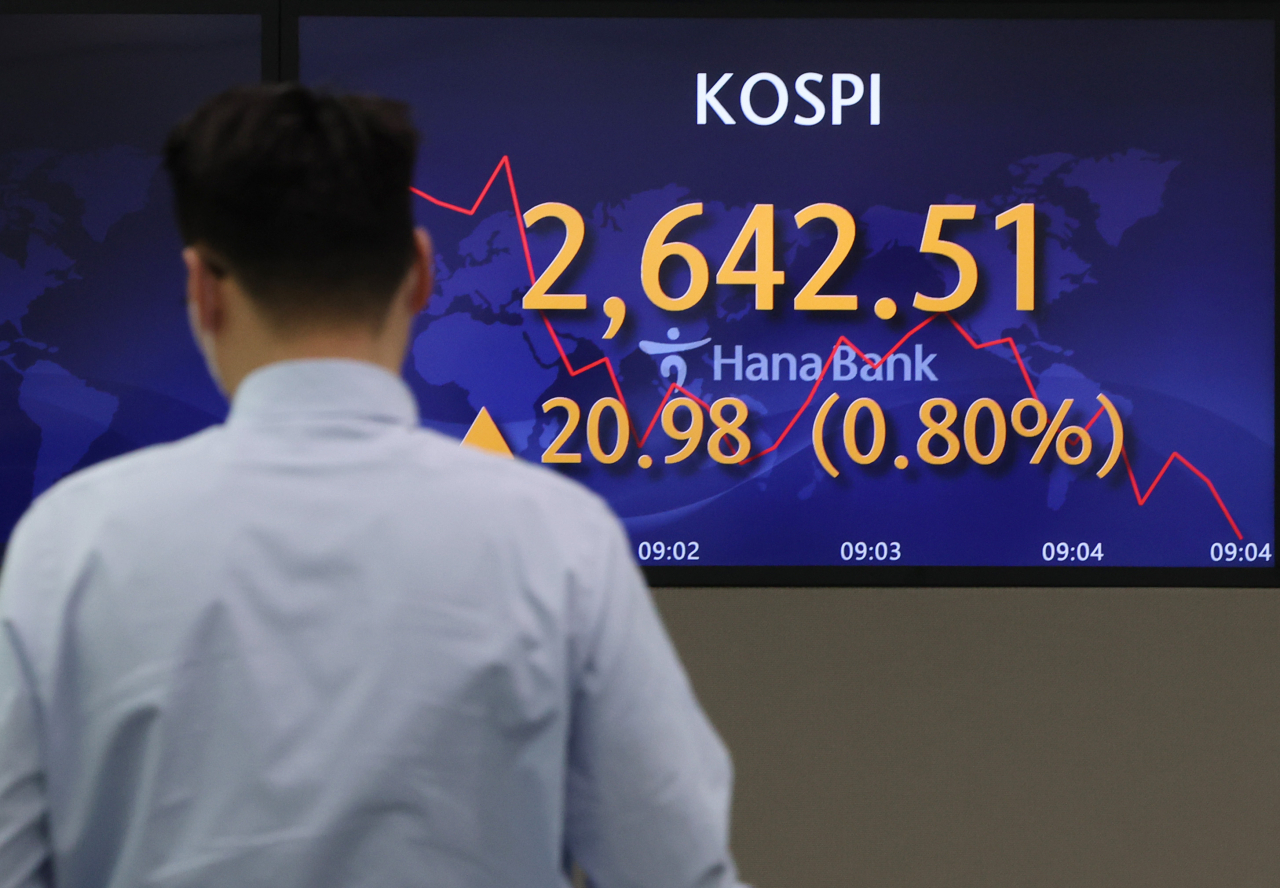 The South Korean stock market fell for the sixth consecutive day Tuesday to hit a 17-month low, as investors fretted about high inflation and a global economic slowdown amid the ongoing crisis in Ukraine and China’s lockdown of major cities over COVID-19. The local currency hit its lowest point against the US dollar in more than two years.

The index opened sharply lower, tracking overnight losses on Wall Street, but some of the early losses were pared on solid retail buying and the advance in US stock futures.

“There have been fears that the US rate hikes to curb inflation would hamper global economic growth,” Cape Investment & Securities analyst Na Jeong-hwan said.

In April, China’s export growth weakened by the most in about two years due mainly to the country’s strict virus curbs. Shanghai has remained locked down since late March, and Beijing has tightened travel and business restrictions over the spread of COVID-19.

In Seoul, most large-cap shares traded lower, with bio and insurance hit hard.