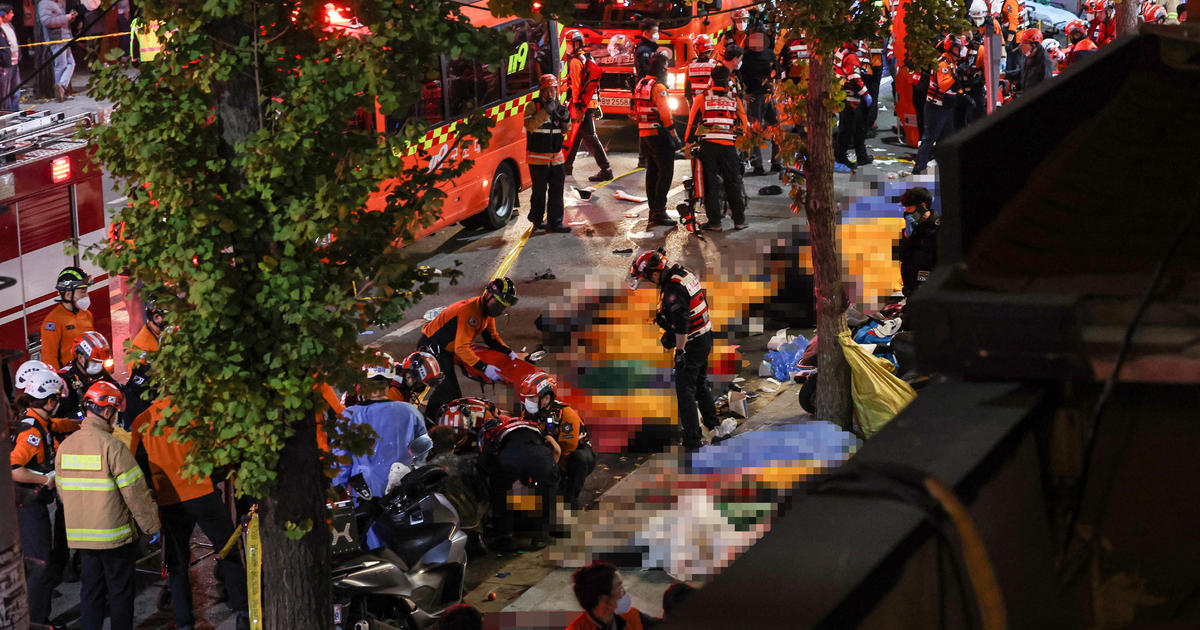 An unspecified number of individuals are thought dead after being crushed by a big crowd surging forward on a small roadway during Halloween celebrations in the capital city of Seoul, according to South Korean officials.

Choi Cheon-sik, an official from the National Fire Agency, stated that over 100 individuals were reported injured during the crowd surge in the Itaewon entertainment district on Saturday evening, and approximately 50 were being treated for cardiac arrest as of early Sunday morning.

Choi stated that it was thought that victims were crushed to death after a large throng began to press ahead in a tight alley near Hamilton Hotel, a famous party venue in Seoul, after a large crowd began to push forward.

He stated that more than 400 emergency personnel and 140 vehicles from throughout the country, including all available personnel in Seoul, had been dispatched to the streets to treat the injured.

As is customary, officials did not immediately issue a death toll until hospitals confirmed the deaths. According to a statement from the National Fire Agency, officials were still attempting to identify the precise number of emergency patients.

TV images and photographs from the incident depicted ambulances lined up in the streets alongside a large police presence and emergency personnel transporting injured victims on stretchers. Onlookers and emergency personnel were also observed administering CPR to stricken individuals in the streets. Multiple individuals, presumably among the injured, were observed wrapped in yellow blankets.

Photographs provided by Yonhap appeared to depict more than a dozen people laying face-down on a street that had been blocked off by officials, with rescue personnel attending to some of them.

Police also stated that scores of individuals were receiving CPR on the streets of Itaewon, while many others were transported to local hospitals.

A local police officer stated that he was also notified that a stampede happened on the streets of Itaewon during Halloween celebrations. The officer requested anonymity, citing ongoing investigations into the incident’s specifics.

Earlier local media sources stated that the crowding occurred because a big number of people flocked to a pub in Itaewon after hearing that an unidentified celebrity had come.

President Yoon Suk Yeol of South Korea released a statement urging officials to ensure prompt medical care for the injured and assess the safety of the celebration places. In addition, he ordered the Health Ministry to rapidly send disaster medical support teams and secure hospital beds for treating the injured.

Local media said that over 100,000 people attended Itaewon’s Halloween celebrations, which were the largest in years due to the recent relaxing of COVID-19 regulations.