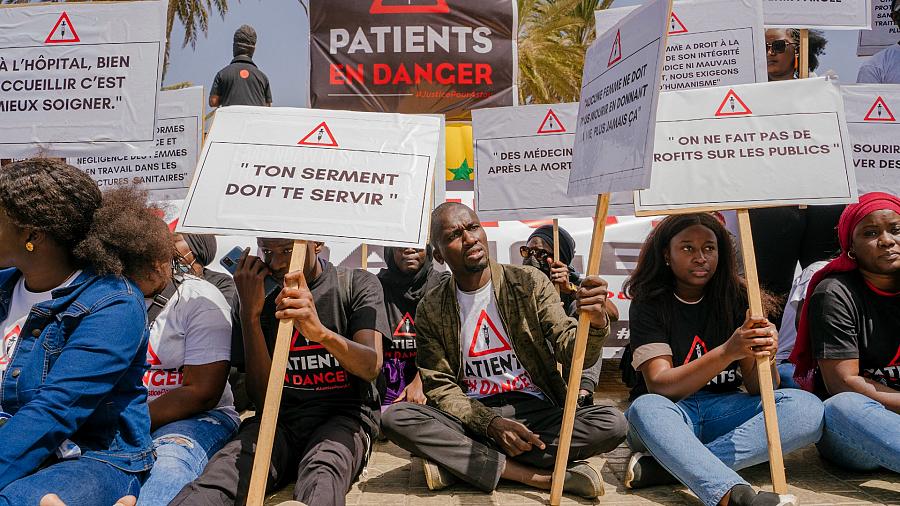 Senegalese health workers went on strike to protest accusations against six midwives suspected of carelessness in a death that aroused widespread outrage.

The National Association of Midwives and numerous other health-care organizations said that they will join a one- to three-day work stoppage.

The public health system has been “paralyzed,” according to Mballo Dia Thiam of ASAS, an umbrella organisation of healthcare workers.

The health ministry provided no details about the strike’s impact, merely stating that it had “taken steps.”

The death of a nine-months-pregnant woman called Astou Sokhna at a public hospital in the northern town of Louga ignited the incident.

She begged physicians to perform a caesarean section several times.

According to accounts, the hospital declined her request because the operation had not been planned and threatened to remove her if she continued to insist on the treatment.

After a reported 20-hour wait, Sokhna and her baby died on April 1st, prompting outrage and a promise by President Macky Sall to investigate their deaths.

Six midwives have been accused with neglecting to assist a person in danger, according to lawyer Abdou Daff.

They are scheduled to appear in court in Louga on April 27th.

In the capital, Dakar, a rally calling for “justice for Astou” will be conducted.

According to unions, the strikes are also linked to demands for better working conditions and the enforcement of wage agreements.