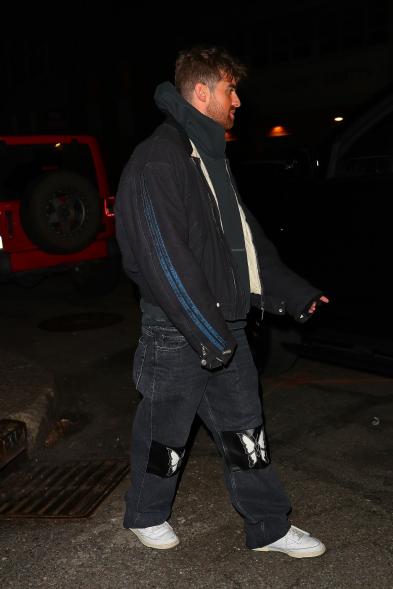 Can’t keep her hands to herself.

On the weekend in New York City, Selena Gomez was seen holding hands with her new beau, Drew Taggart.

Despite the singer’s statement that she was “single” in a since-deleted Instagram Story post earlier this week, the pair seemed to be a couple while dining at Torrisi Bar & Restaurant in Soho on Saturday.

Gomez said at the time, “I like being alone too much,” adding the hashtag “#iamsingle.”

Previously, a spy informed Page Six that the actress and frontman of The Chainsmokers were “making out like teenagers” during a bowling date in New York City.

The “Only Murders in the Building” actor, 30, and The Chainsmokers singer, 33, displayed a flirtatious display while holding hands for the photographers.

Gomez wore an all-black attire consisting of a turtleneck, blazer, slacks, and platform shoes, while Taggart opted for a more casual look with butterfly-printed jeans, sneakers, and a jacket over a hoodie.

Page Six has reached out to Gomez and Taggart’s representatives for comment.

The outing occurs just days after the couple was photographed on a bowling date at The Gutter in Brooklyn, where a spy told Page Six that they were “making out like teenagers” with little regard for spectators.

A source informed Us Weekly earlier this month that Gomez and Taggart were dating in a “very casual and low-key” manner, as previously reported.

They are not trying to conceal their relationship by sneaking around members-only clubs, according to the insider.

They are quite affectionate and having a great time together. Selena can hardly resist touching him.”