During an attack on the Magama part of Jibia town, armed bandits killed a Divisional Police Officer called A. Rano in Jibia local government area of Katsina State.

Security agents and vigilante members battled back for almost three hours during the onslaught.

The bandits reportedly stormed the home of a businessman known as Alhaji Lauwali Magama in Magama Jibia.

They abducted the wife of the businessman and their daughter.

Neighbours immediately alerted the police who mobilised vigilante members and soldiers to the area.

However, the bandits, who had positioned themselves strategically, ambushed the vehicle bringing officers to the village.

They fired shots at the car from all angles, killing the DPO instantly.

Another police officer and a civilian were said to have been killed in the attack, while two soldiers were left with severe bullet wounds.

People have taken to Facebook to mourn DPO A. Rano. 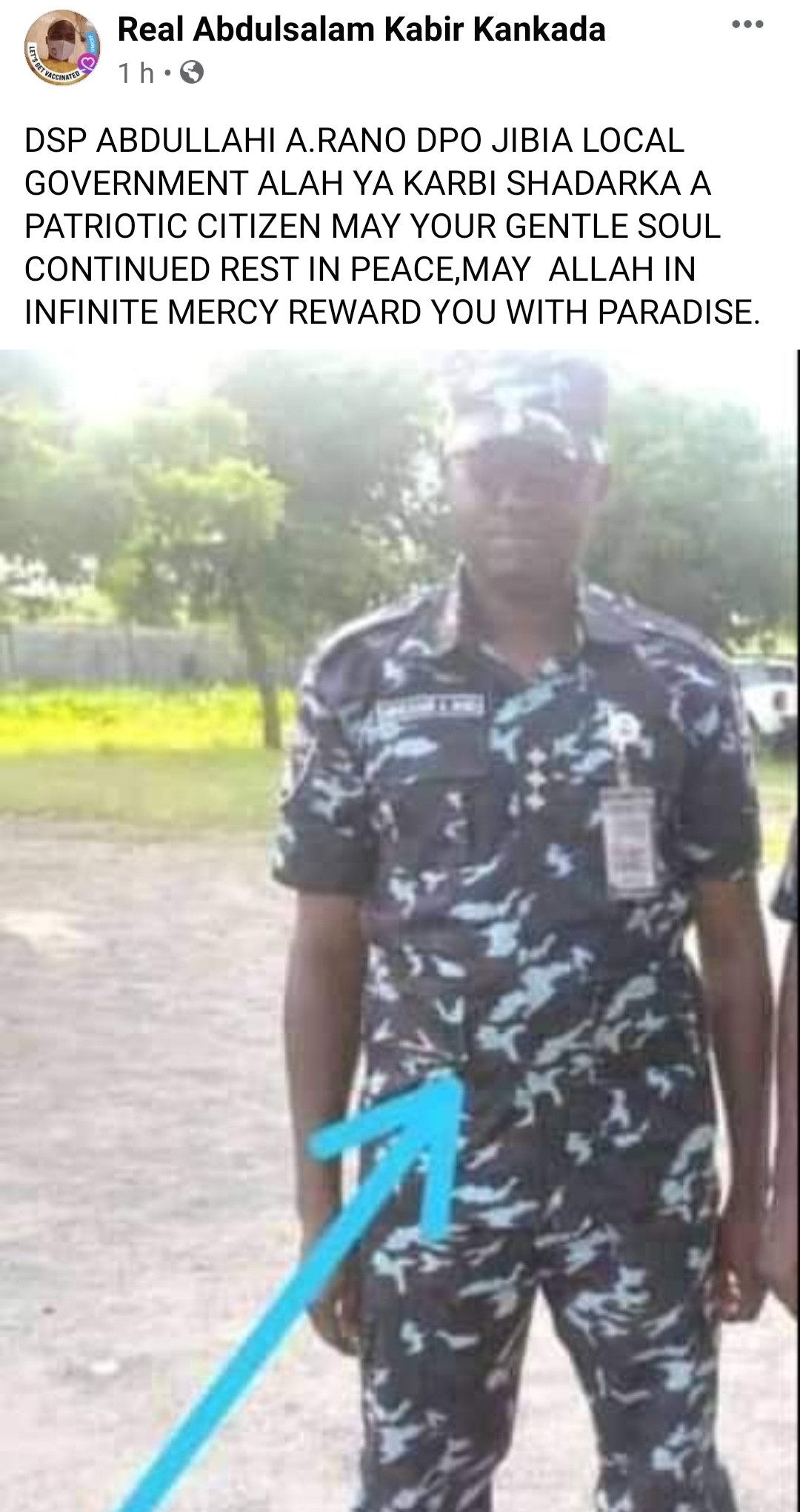 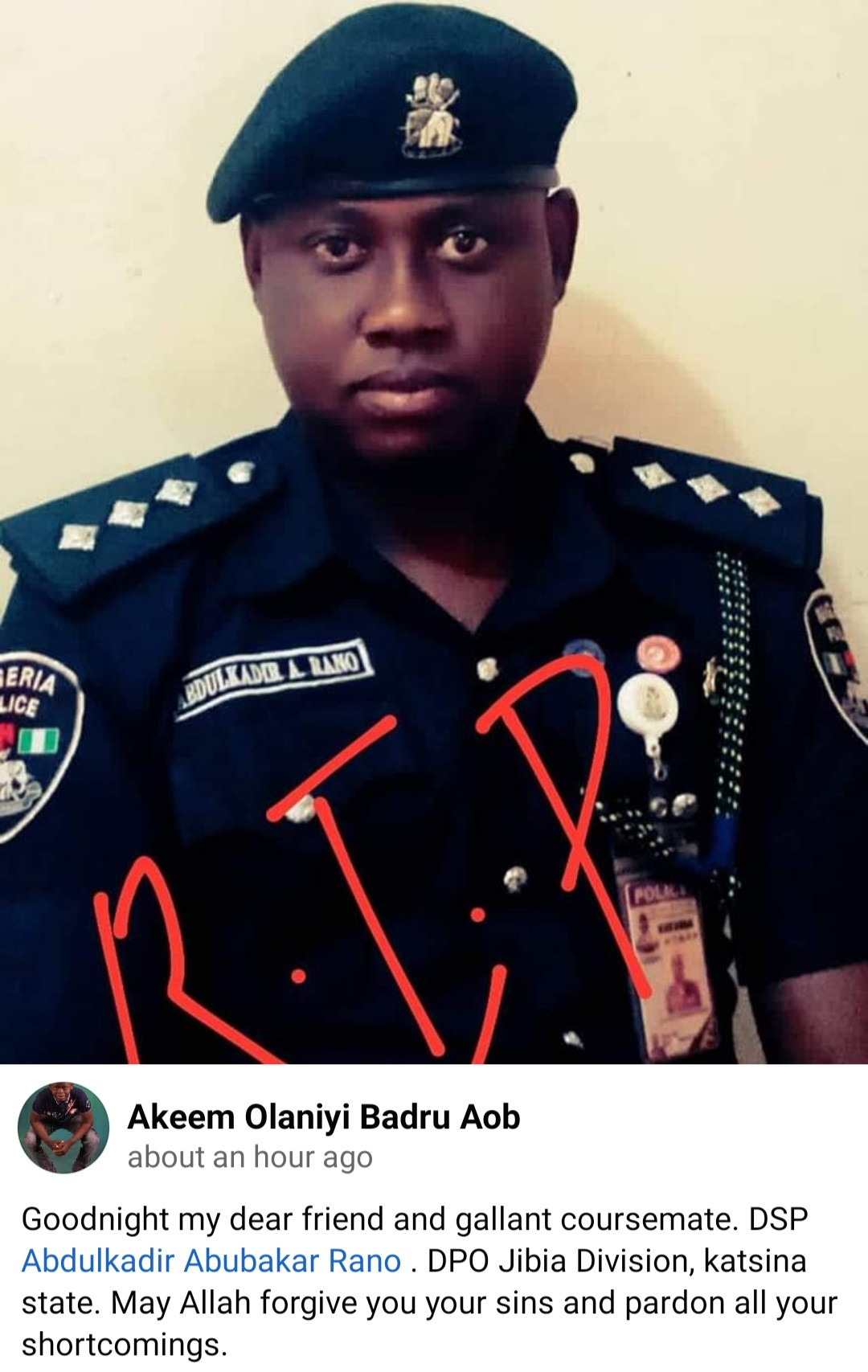 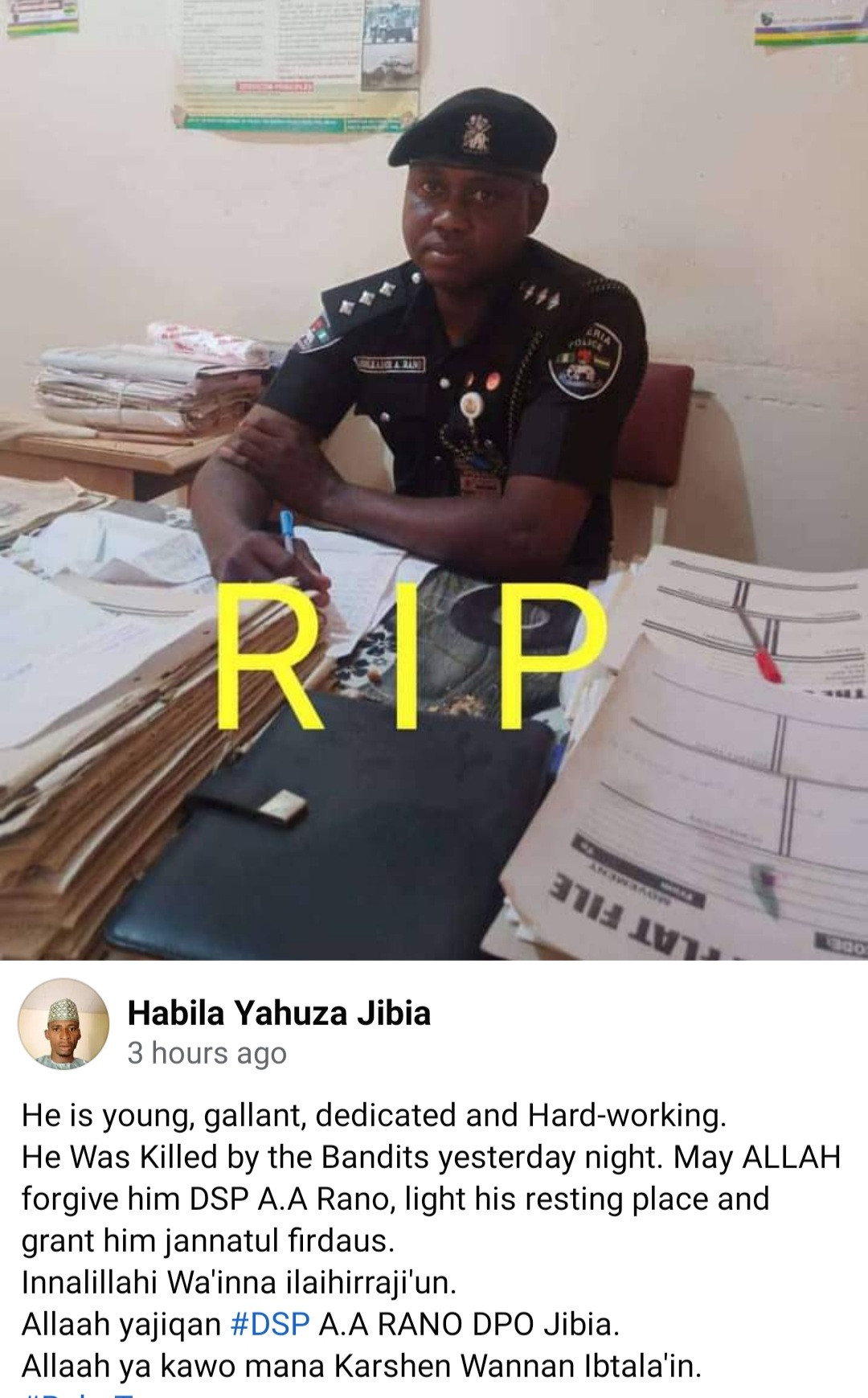