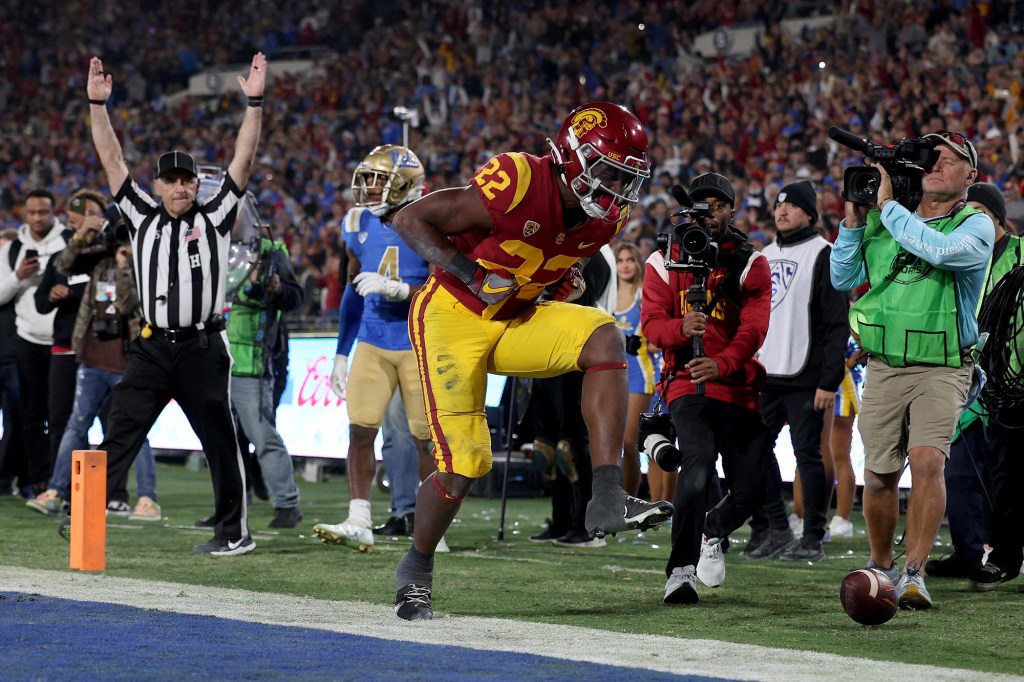 Unless a fan tries to run onto the field, security officers do not receive much attention during games.

One spectator ran onto the field during Saturday night’s nail-biter between UCLA and USC. While the fan was rushing down the sideline and photographing the event with a cell phone, a security guard approached from the field, lowered his shoulder, and leveled him.

Before they could grab the fan’s phone, a second security guard subdued him on the bench.

The Trojans clinched a spot in the Pac-12 Championship game by defeating their crosstown foe 48-45 in one of the finest games of the season.

In the first quarter, UCLA surged out to a 14-0 lead, but USC outscored UCLA 20-7 in the second quarter. Early in the third quarter, after UCLA added a field goal, USC scored a touchdown and never trailed again.

With 1:26 remaining in the game and the Bruins on their own 43-yard line, USC defensive end Korey Foreman intercepted quarterback Dorian Thompson-ball Robinson’s to seal the victory for the Trojans.

Oregon, Washington, and Utah are still in contention for the second position in the Pac-12 Championship game.