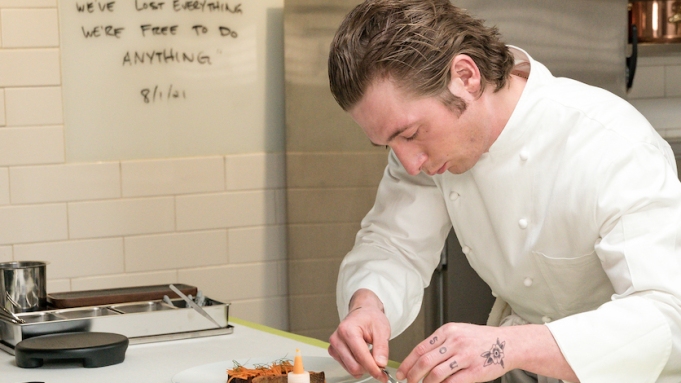 The Bear continues to be an unstoppable beast. Following many victories at the 80th annual Golden Globes, the cast and creators of The Bear attended the Television Critics Association’s 2023 winter tour to discuss the show’s meteoric rise and Season 2 prospects. Additionally, it was reported that Season 2 of The Bear will release in early summer of this year, and will consist of 10 episodes as opposed to Season 1’s eight.

Shortly after its debut on Hulu, the FX comedy became one of the year’s most critically acclaimed programs. Based on 74 reviews, the series presently boasts a staggering 100 percent on Rotten Tomatoes. In addition, this week’s Globe Awards demonstrated that great appreciation translates to the awards scene. Abbott Elementary won the award for Best Television Series — Musical or Comedy over The Bear. However, its lead, Jeremy Allen White, won the award for Best Actor in a Musical or Comedy Television Series.

As amazing as The Bear is, it is also one of the most stressful television series ever produced. The series follows young chef Carmy (White), who comes from the world of fine dining but must return to Chicago following the death of his brother. Now burdened with a failing restaurant, Carmy must balance his passion, sadness, aggravation, perfectionism, and post-traumatic stress disorder (PTSD) from his previous life with the constraints of figuring out how to manage a business on the verge of financial collapse and a disobedient crew. The comedy also features Ayo Edebiri in her breakout performance as the very skilled and determined Sydney, and Ebon Moss-Bachrach as the sharp-tongued Richie. Christopher Storer created The Bear, which has been revived for a second season.

»Season 2 of ‘The Bear’ Will Premiere in Early Summer«