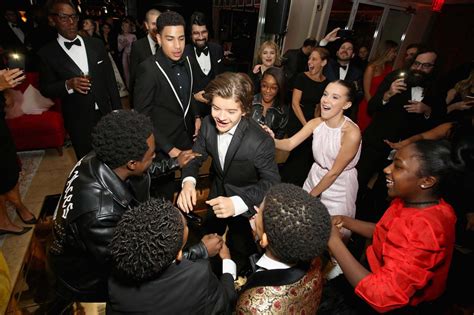 After splitting from TNT, the Screen Actors Guild Awards have found a new home. The 29th annual awards show will be streamed live on Netflix’s YouTube site on Sunday, February 26. This was revealed this morning.

The yearly occasion, which usually comes before the Academy Awards, has been shown on TNT since 1998, and since 2007, it has also been simulcast on TBS. But it was revealed in May of last year that the networks will no longer broadcast the ceremony.

In 2024, SAG intends to webcast the event live on Netflix as part of a “multi-year agreement” between the two organizations.

We are excited to begin this innovative new cooperation with Netflix and look forward to growing our show’s world wide viewership. “The SAG Awards are a unique and valued component of the entertainment world as the only broadcast awards show entirely celebrating the achievements of actors, whose work is adored by millions of fans,” said SAG-AFTRA National Executive Director Duncan Crabtree-Ireland in a statement.

“The SAG Awards are cherished by the creative community and viewers alike, and now even more people across the globe will be able to celebrate these amazing performers,” said Netflix Head of Global TV Bela Bajaria. We look forward to working with SAG-AFTRA to elevate and grow this extraordinary ceremony as a worldwide live event in 2024 and the years to follow as we start to investigate live broadcasting on Netflix.

The Guild will be revealing the nominees for their event today at 10 a.m. ET through Instagram Live in addition to sharing the announcement of this amazing cooperation. Fran Drescher, president of SAG-AFTRA, will make some comments before Jason George and Elizabeth McLaughlin, members of the SAG Awards Committee, nominate stunt actors.

The stars of Emily in Paris and The White Lotus, Ashley Park and Haley Lu Richardson, respectively, will announce the acting nominations for both film and television.

The Guild noted that the nominations are only given on Instagram Live as part of an effort to be more approachable to their audience in a statement regarding the nominees. The Nominations Announcement will now be a seamless, virtual experience for both nominees and viewers, according to a statement from the SAG Awards. “The SAG Awards want to harness the ingenuity of social media platforms to build a real relationship with their audience,” the statement stated.

The choice by SAG to work with Netflix for the awards show is a positive step towards the acceptance of streaming entertainment in established Hollywood venues. Numerous streaming films, including Netflix’s Ozark, Guillermo Del Toro’s Pinocchio, and Apple TV+’s Black Bird, won awards last night at the Golden Globes.

Even if the Academy Awards’ eligibility criteria were loosened in 2020 because to the COVID-19 epidemic, streaming talent is still not recognized by them. Currently, the organization stipulates that each qualified film must run in theaters for a minimum of seven days in a large metro region.