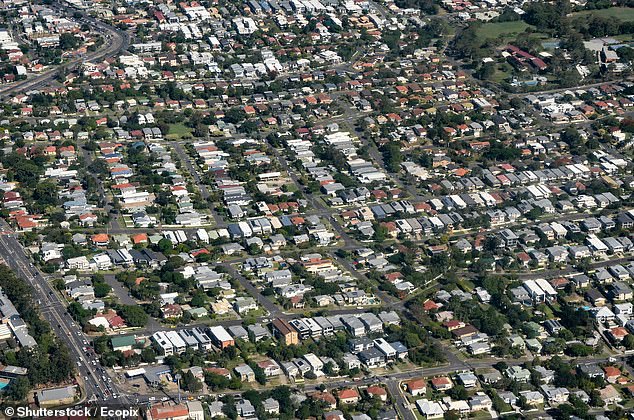 This is the single most significant change to the cost of and access to medications since the PBS was introduced more than 70 years ago,’ Mr Morrison said.

National president of the Pharmacy Guild of Australia Trent Twomey welcomed the announcement.

‘This reduction will help Australians struggling with the cost of living to make ends meet without delaying, deferring or skipping their prescription medicines,’ he said.

in Launceston on Saturday, Mr Morrison said the Labor party ‘didn’t list important medicines on the PBS’ the last time it was in office.

‘And those included medicines for severe asthma, chronic pain, schizophrenia, IVF, and enlarged prostates,’ he said.

The medicines announcement comes as cost-of-living pressures dominate the election campaign, with inflation spiking to a 20 year high, power prices rising and interest rates expected to rise as early as next week.

The Reserve Bank board meets on Tuesday to decide whether to proceed with the first cash rate rise in 12 years, taking it above a historically low 0.1 per cent.

The last time interest rates rose during an election campaign was in 2007 when the Howard government lost to Labor.

Treasurer Josh Frydenberg has been forced to hose down suggestions he was trying to influence the RBA to hold off on a rate rise during the election campaign.

On Thursday, Mr Frydenberg told reporters the RBA had previously stated it wanted to see ‘inflation sustainably within their (two to three per cent) band and … significant wages growth before they start to move’.

While the inflation rate was released this week, hitting a two-decade high of 5.1 per cent, the wage price index is not due to be released by the Australian Bureau of Statistics until May 18 – three days out from the election.

‘Now we are seeing higher inflation … but we’re already starting to see some of those pressures around fuel, for example, ease off and the expectation from Treasury is it will come down further over time.’

The rising cost of living is expected to feature heavily in Labor’s official campaign launch in Perth on Sunday.

Exiting a week of Covid-19 isolation on Friday, Labor leader Anthony Albanese said the issue could be addressed by lifting wages, making child care cheaper and pushing down power prices through a comprehensive energy plan.

University of Sydney political scientist Dr Sarah Cameron said the economy was always an important factor in elections, with interest rates a part of that.

‘If people perceive the incumbent government as having a good effect on the national economy that works in their favour,’ she said.

‘If the economy is doing badly for whatever reason that increases the likelihood people will vote out incumbents.’

Meanwhile, the Greens have announced they will preference Labor ahead of the coalition at the election.