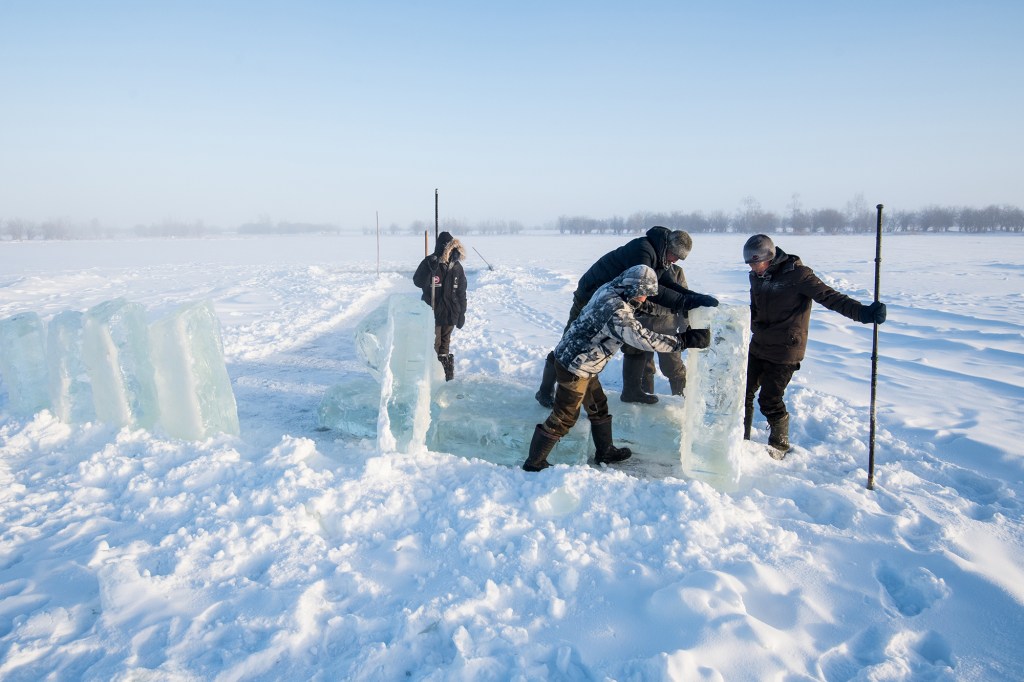 After reviving a “zombie virus” that had lain dormant in a frozen lake in Russia for a record 50,000 years, French scientists have prompted worries of yet another pandemic.

The “viral” paper, which has not yet been peer-reviewed, states, “The situation would be far worse if plant, animal, or human diseases were caused by the reemergence of a long-extinct virus.” According to Science Alert, the new research was led by microbiologist Jean-Marie Alempic of the French National Centre for Scientific Research.

According to the preliminary report, global warming is causing enormous expanses of permafrost to irreversibly thaw. Permafrost is permanently frozen ground that covers a fourth of the Northern hemisphere. This has had the worrisome impact of “releasing organic stuff that had been frozen for up to a million years,” including potentially dangerous germs.

“A portion of this organic waste also comprises of reanimated cellular microorganisms (prokaryotes, unicellular eukaryotes) and viruses that have been dormant since prehistoric times,” the researchers write.

The Sun said that Jean-Michel Claverie, a professor at Aix-Marseille University and co-author of the study, issued a warning to medical authorities on the lack of substantial updates on “living” viruses in permafrost since 2014 and 2015 studies. The research team concluded in their findings, “This falsely suggests that such events are uncommon and that ‘zombie viruses’ are not a public health hazard.”

Scientists have paradoxically recovered several of these so-called “zombie viruses” from the Siberian permafrost in order to investigate these awakened critters. The oldest, named Pandoravirus yedoma after the place where it was discovered, was 48,500 years old, a record age for a virus that had been frozen and returned to a form where it could infect other creatures. The previous record was held by a 30,000-year-old virus identified in Siberia by the same team in 2013.

According to Science Alert, the new strain is one of 13 viruses described in the study, each of which had its own genome. While the Pandoravirus was identified at the bottom of a lake in Yukechi Alas, Yakutia, Russia, others have been discovered in mammoth fur and Siberian wolf guts.

After analyzing the live cultures, scientists determined that all “zombie viruses” had the potential to be contagious and are thus a “health danger.” As ever-melting permafrost continues to release long-dormant viruses like a microbial Captain America, they hypothesize that future pandemics could resemble the COVID-19 outbreak.

“It is therefore reasonable to consider the possibility of old pathogenic virus particles reentering circulation due to the thawing of ancient permafrost layers,” they write. Unfortunately, the organic matter produced by thawing ice decomposes into carbon dioxide and methane, amplifying the greenhouse effect and speeding the melting.

The freshly awakened virus is likely simply the tip of the epidemiological iceberg, as there are likely additional viruses in hibernation that have yet to be identified.

“If the scientists are truly isolating living viruses from ancient permafrost, it is conceivable that even smaller, simpler mammalian viruses might also survive freezing for millennia,” virologist Eric Delwart of the University of California told New Scientist.

There is a need for additional research to evaluate the infectiousness of these unknown viruses when exposed to light, heat, oxygen, and other outside environmental variables.

This is not the first time that a hibernating organism has been awoken from its ice hibernation. In June 2021, Russian scientists revived “zombie” worms that had been frozen in the Arctic for 24,000 years.