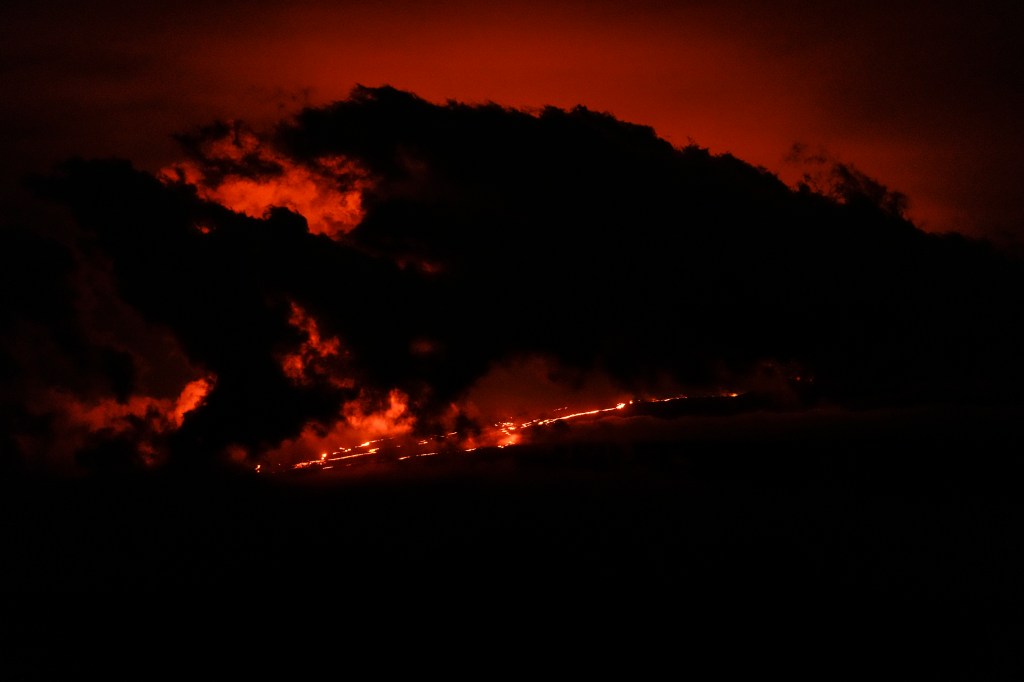 Saturday, scientists downgraded the alert level for Hawaii’s Big Island’s Mauna Loa volcano from a warning to a watch, indicating that the mountain’s first eruption in over four decades may soon cease.

The Hawaiian Volcano Observatory of the U.S. Geological Survey reported in a statement that the eruption on the mountain’s northeast rift zone continued, but lava output and volcanic gas emissions were “greatly reduced.”

The observatory stated, “High eruption rates will not resume based on prior eruptive history, and present behavior indicates that the eruption may terminate shortly.” “However, an inflationary tendency of Mauna Loa’s top coincides with the decline in activity, and there is a slight chance that the eruption could continue at extremely low eruptive rates.”

In the meantime, it was reported that a lava flow front had “stalled” approximately 2 miles from Saddle Road, the crucial roadway that residents and tourists use to commute between the city of Hilo on the island’s eastern side and western resorts.

Scientists announced earlier this week that the road was no longer in imminent danger from the lava, putting to rest fears that it could be severed.

Since November, Mauna Loa has been erupting continuously.

Mauna Loa began spewing molten rock on November 27 after being dormant for 38 years, attracting visitors to witness the incandescent spectacle and initially unsettling those who have survived deadly eruptions. For many Native Hawaiians, the phenomenon has a cultural significance that is both profound and highly personal.

The observatory reported that its scientists continued to actively watch the volcano, and flight restrictions in the vicinity remained in effect up to 1,500 feet above ground level.

»Scientists reduce the alert level for Mauna Loa, indicating that the eruption could cease«