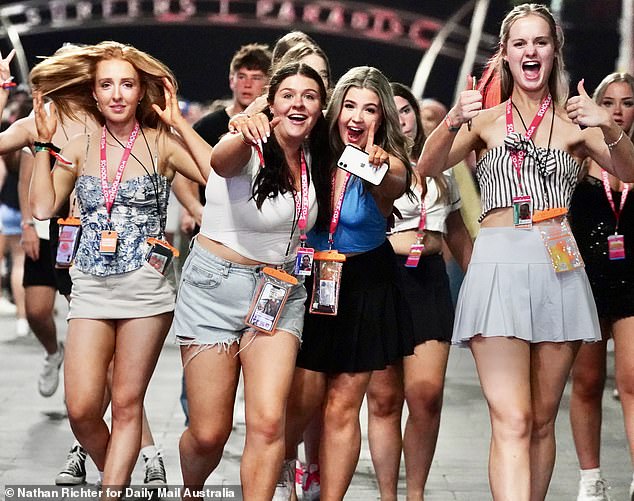 Schoolies partying on the Gold Coast have received praise for being the best-behaved group in years, prompting Today host Karl Stefanovic to make a blunt prediction.

On Monday morning, the father of four, including two teenage girls, said, “It’s guaranteed to be a wild night tonight; you don’t want to be known as the best-behaved Schoolies ever.”

However, locals are unhappy with the condition Cavill Avenue, the main street of the Gold Coast, was left in after the first night of celebrations, as a video posted to social media shows heaps of trash covering the area.

“Schoolies, this is ridiculous. Do better,’ yells the enraged local in the video, pointing to the wreckage.

Approximately 22,000 adolescents have already arrived on the Gold Coast, and the first night of activities received an A+ grade.

As celebrations for this year’s high school graduates commence, they are drinking less and behaving better.

Police commissioner Katarina Carroll was ecstatic about the class of 2022, as only four students were arrested overnight for minor violations of public order.

“I’d like to express my gratitude to the class of 2022’s high school graduates – the year has gotten off to a fantastic start. This is one of the best starts to schoolies we’ve ever had,’ said the commissioner.

“It was such a wonderful and joyful sensation… We’ve all come out to celebrate because of the many years of difficulties with Covid, I believe.’

Superintendent of the Gold Coast, Rhys Wildman, stated that this year’s graduates were very different from previous generations.

We have observed a downward trend in alcohol consumption over the past few years, said Supt. Wildman.

‘Typically, we wouldn’t see school leavers until approximately noon, when they begin to surface.

“As I drove around the Gold Coast this morning, I noticed that school leavers were out and about. They frequent cafés and consume breakfast – this is a distinct demographic.’

Minister Ryan was pleased to see Schoolies looking out for one another and reveling in their festivities.

Minister Ryan stated, “This is such an important moment for young people across Queensland, and it was lovely to see them acting appropriately on night one.”

“We had a fantastic day on the Gold Coast for the first day of Schoolies, with the Queensland weather on full show.”

The police will retain a robust presence on the Gold Coast, performing random checks for hidden weapons and checking venues for minors attempting to enter with fraudulent identification.