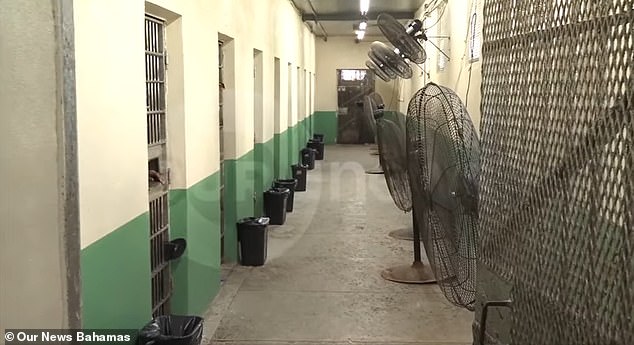 Sam Bankman-Fried, a former crypto millionaire, is presently being detained in the Bahamas, and his family allegedly made a specific request for vegan meals for the 30-year-old prisoner.

Following the shocking collapse of his multi-billion dollar exchange FTX and its partner trading business Alameda Research, SBF was this week charged with a number of financial offenses.

He is presently being held at the Fox Hill prison after being refused $250,000 cash bail and an ankle monitor on Tuesday. A relative allegedly contacted to ask that vegan meals be brought to him while he is being held there.

SBF’s legal team earlier claimed that he should be allowed to go free while he waits for his extradition hearing on February 8 because of his vegan diet. In addition, they urged the judge to take into account his daily prescriptions, which included Adderall and Zyrtec.

The family member who called the prison was not immediately known, although SBF’s parents, professors of law Joseph Bankman and Barbara Fried, were present at their son’s hearing on Tuesday in the Bahamas.

Barbara reportedly laughed out during the court when her son was referred to as a “fugitive,” according to a CoinDesk story.

Bankman-Fried has his own room in the medical block of the maximum-security area of the Bahamian penitentiary, which is notorious for being overcrowded and plagued with mice and maggots.

Other famous members of SBF’s family include his brother Gabriel Bankman-Fried, who has resigned from his position as director of the non-profit organization Guardians Against Pandemics in Washington, DC. And his aunt Linda Fried, the head of Columbia University’s department of public health.

According to prior reports from The DailyMail.com, SBF’survived’ his first night in the penitentiary facility that a former warden had deemed “not suitable for mankind.”

Although it is undoubtedly difficult there, he made it through the first night. He will be OK, a source assured DailyMail.com.

In addition to five other male convicts, the former crypto king is being evaluated in the sick bay of the highest security wing of the prison, according to Doan Cleare, interim commissioner of corrections for the Bahamas.

“It’s a shock to any prisoner to come from home into a dormitory-style or cell-style setting,” Cleare said to a local Eyewitness News site, “but I saw him, I talked to him last night and he looked to be in good spirits.”

He did make it clear that SBF “receives no preferential treatment.”

In reference to Bankman-unique Fried’s diet, Cleare said that the prison makes every effort to get the different foods required for a vegan diet.

“Now, in this instance, he is on a very rigorous diet… Only the jail doctor may decide on an inmate’s diet, the official said, adding that the doctor would probably ask SBF’s parents to send him food that suits his dietary requirements.

According to The DailyMail.com, if a petition to the Nassau Supreme Court is approved, SBF may be freed from Fox Hill as soon as Thursday.

A top official from the US Embassy visited the prison on Wednesday.

Bankman-Fried, whose $32 billion empire collapsed over night, may have a good chance of obtaining bail if he files an anticipated appeal against Chief Magistrate Joyann Ferguson-decision Pratt’s to imprison him until at least February 8. This is according to a Supreme Court source who spoke to the DailyMail.

The insider stated, “There hasn’t been any paperwork filed yet, but we’ve all been advised to be watching out for it.”

This might occur at any moment. Without a doubt, we anticipate it this week.

The insider said: “You may submit an urgent bail application if you have a medical problem, which I know this individual has.

‘To be eligible for it, you must have the proper documentation. But it can be a pretty simple procedure. It also holds true whether you are expecting, elderly, or The Crown has no objections.

Bankman-Fried could have to show there in person or participate through video connection. In any case, the court might release him immediately under the terms of bail if he is convinced that he fulfills the medical requirements.